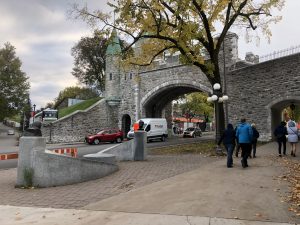 Before leaving our hotel (Hotel Plaza Quebec–a well-priced, modern hotel located about 15 minutes from the old city) that morning, we decided two things: 1. We weren’t going to stress about having to see every little thing. 2. We wanted to indulge in as many different authentic foods as possible. Since we were on our feet walking for six hours, we didn’t feel too bad about No. 2. I was about 27 weeks pregnant during our trip, and while I was tired at the end of the day, it felt good to get out and walk.

Our first order of business was to eat breakfast at Le Petit Chateau, which sits next to the Fairmont Le Chateau Frontenac (photo below), a grand, iconic hotel that was built in 1893. (Its appearance reminded us of the 1888 Fairmont Banff Springs hotel, which we saw on our Banff trip last summer.) 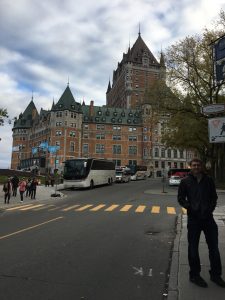 I was appalled when I heard that Mr. Handsome had never experienced the deliciousness of crepes, so we ordered two–one filled with ham and cheese and one filled with blueberries and cream. They tasted even better than they looked. 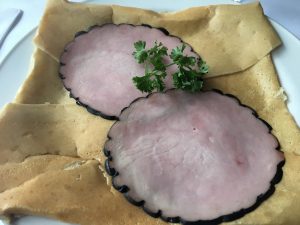 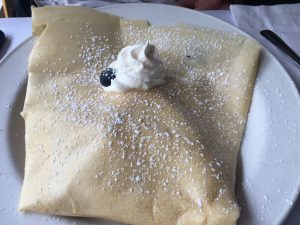 Adjacent to the Fairmont hotel is a boardwalk called Dufferin Terrace, under which are the archaeological remains of Chateau Saint-Louis. On that site in 1620, Samuel de Champlain built Fort Saint-Louis, which was eventually enlarged to become the residence of the first official governor of New France in 1648. Until the final Chateau Saint-Louis burned down in 1834, it underwent many changes and was home to almost all of the governors, some French and some British.

The archaeological site was very impressive, and there were tons of signs in both French and English providing background history. We saw the remains of an ice house from 1800… 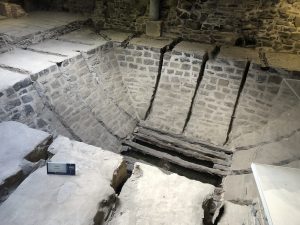 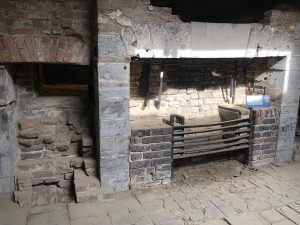 And storage cellars from 1694… 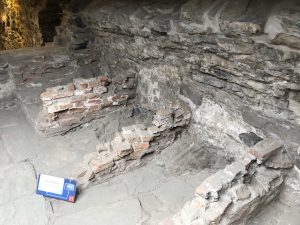 Archaeologists have excavated around one million artifacts from the site. Oddly enough, the latrine pits have been especially great places to find objects because they were also used by Chateau residents as garbage pits. One of the most significant artifacts is this perfectly preserved women’s hatpin. 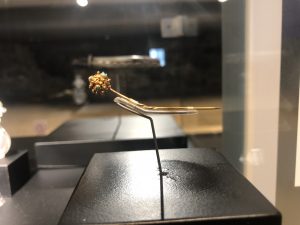 For the rest of the morning, our walk took us to the Cathedral-Basilica of Notre-Dame de Quebec. Under the cathedral is an ossuary (closed to the public) where it is estimated that the remains of around 1,000 people are buried, including some governors and possibly even Samuel de Champlain. 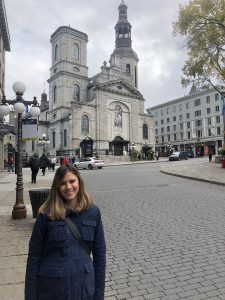 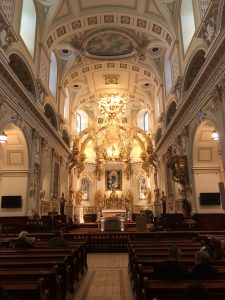 Next to the cathedral is Quebec Seminary, the oldest boys’ educational institute in Canada, which dates back to 1663. The large courtyard, shown below, has been the center of recreation for students for more than 300 years. 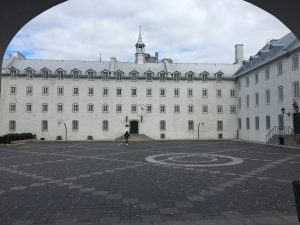 Before venturing down to Lower Town–the oldest part of Quebec City and what I thought was the most unique (photos coming soon)–we shared poutine at Pub Saint-Patrick. Although the restaurant wasn’t established until recently, the building, according to our waiter, was built in 1749. He told us that it has housed many different establishments over the years, including the first five-star French restaurant in Quebec and an armory. 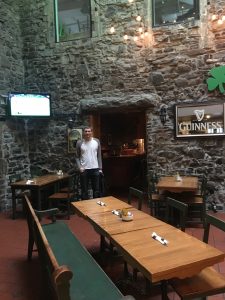 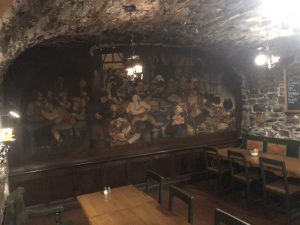 The streets around Saint-Patrick were narrow and reminded me of the walled cities I visited in Germany as a child. 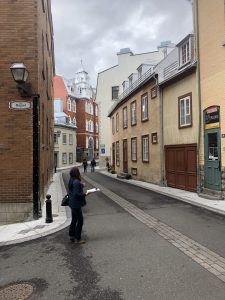