Mr. Handsome’s second oldest sister, Catherine, is married! Mr. Handsome is the oldest of seven, and in the past four years, four of them have tied the knot. I’m looking forward to sharing wedding pictures, but first, I have one batch of bridal shower snapshots to share.Catherine had four showers–our family, her family-friends, her college friends, and his family. (In the words of my father-in-law, she must have been very messy to require that many!)

The first two photos are from the shower with our side of the family, put on by my father-in-law’s sister-in-law and niece.

Everything was decorated in blue and yellow, as those are the bride’s absolute favorite colors. The event took place at a community center because Mr. Handsome has a ton of female relatives, and about half of them are children. It was a fun-filled day! My mom and my brother’s wife also came. 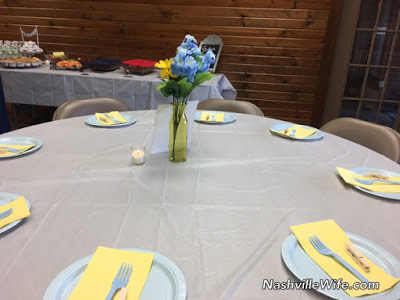 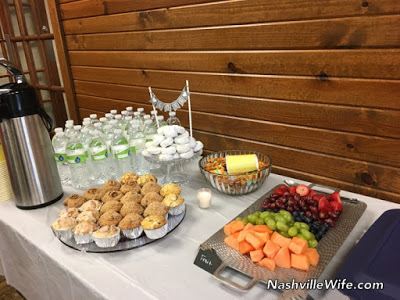 The shower for family-friends was hosted by myself, my mother-in-law, and my other sisters-in-law. The theme was Let Love Grow, and the party was supposed to be outdoors under a tent, but the rain forced us to move the festivities inside. 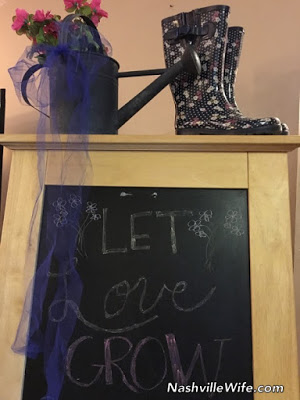 This chalkboard sign is my masterpiece. Writing neatly with chalk is harder than it looks, y’all! 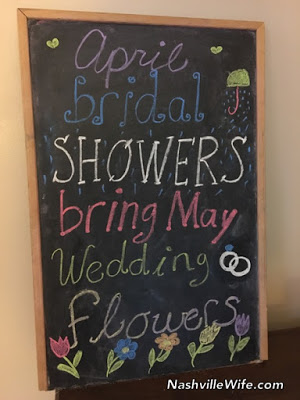 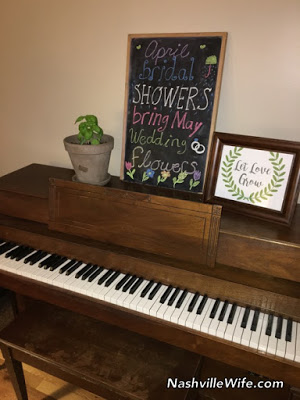 With all the wedding showers we have done, we have learned to always have guests address an envelop to themselves, as it makes writing thank you notes so much easier. 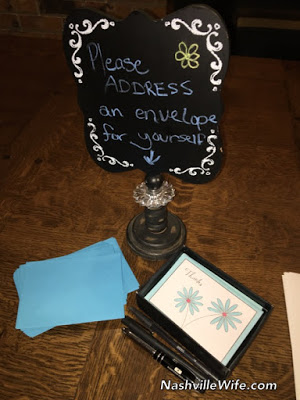 This sign has gotten a lot of mileage since Mr. Handsome made it for our wedding. (The letters are individually nailed onto the plywood with tiny nails, and the nail heads stick out to give it a more rustic look.) 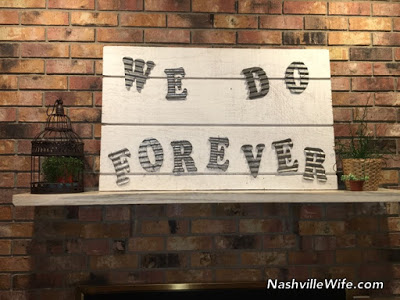 Guests were encouraged to write a memory and a personal note (advice and wishes for the new Mr. and Mrs.) on pieces of paper. 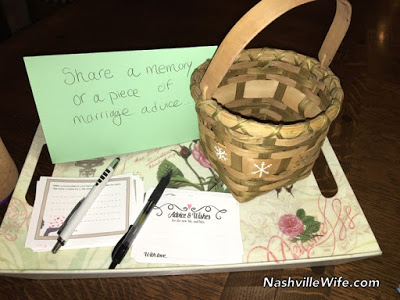 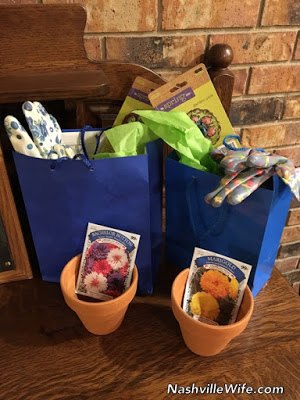 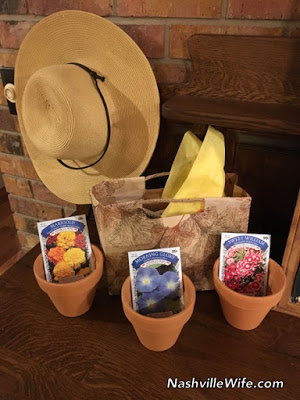 We also bought plants to give out as party favors. 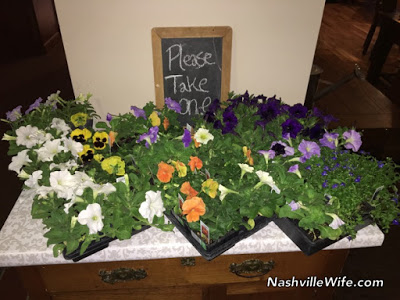 My creative mother-in-law was responsible for the clever food table. She made homemade veggie pizza and called it a “vegetable garden.” She also baked shortbread in silicone cupcake holders for guests to cover with fruit (“build your own fruit garden”). 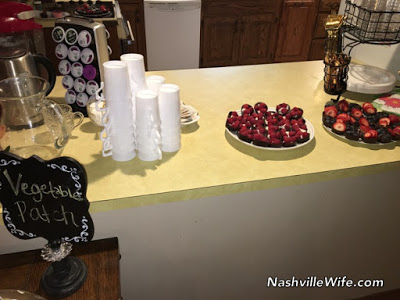 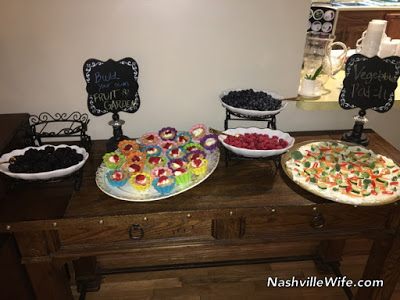 For games, we did a crossword puzzle competition that featured questions about the bride and groom, and we broke up into teams to decorate ribbon and tissue paper bouquets for the rehearsal dinner. Catherine chose her favorite (bottom left). Guess everyone knew her pretty well because they all used blue and yellow items! 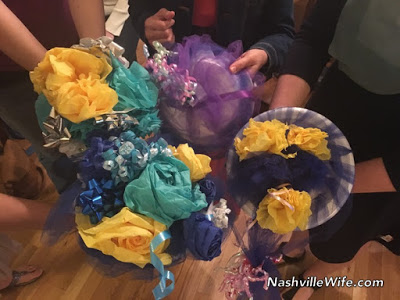