Here on Nashville Wife, I am blessed to have readers from around the world, and I love the different perspectives that everyone brings to the comments section. Many of you know that I was born in Canada, and recently, a few of my Canadian followers asked me to write a post about my Canadian heritage. 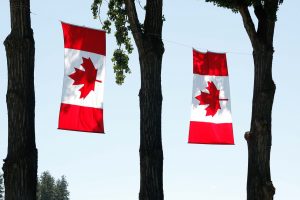 I was born in Western Canada, near the picturesque Rocky Mountains. My father’s family came to North America around the time of the Mayflower and spent time in both the United States and Canada before settling in Canada. My mom’s parents were both European immigrants. (I shared the brief version of my grandmother’s story in a post about the WWII book that I’m writing. The project isn’t anywhere near complete, and I think it’s going to be something that I work on over a period of years, but I look forward to finishing it someday.)

Before I entered school, my father was transferred to the United States, and we picked up and moved. We made new friends quickly, but it took several years for me to feel like I truly “belonged.” The U.S. and Canada are two of the most similar countries, with one of the closest relationships and friendliest borders, on the planet. But on the other hand, both counties are also very patriotic and proud (as they should be) of their people, accomplishments, geographical features, and ways of life. 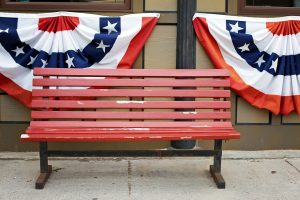 Being raised in the United States by Canadian parents had its challenges, but I now feel very fortunate to be a part of both countries, and I am grateful for the continued, positive relationship between them. During my adult years, I have learned just how unique the relationship between the two nations is and how much more complex things would have been had I immigrated from a country other than Canada.

During my childhood, we visited Canada every couple years, as we have family in almost every major Canadian city. I have been to six of the ten Canadian provinces and none of the territories (although we do have friends who live up there). When I was in middle school, my dad and I took a two-week road trip out West, and my favorite of the many places we visited was the Rockies. For those who have not yet visited Canada, I would highly recommend hitting up Banff and Jasper. You won’t regret it. I love it so much that I took Mr. Handsome last summer, and we both had a blast.

And to the person asking if I am a Tim Hortons fan, the answer is YES. Their Timbits (doughnut holes) are fantastic. Whenever we visited Canada growing up, my mom always purchased a container of Tim Hortons coffee, and my brother and I insisted on buying a large package of the Canadian chocolates that are not sold in the U.S.–Smarties, Coffee Crisp, Aero Bars, and Kinder Eggs (hollow eggs made of a delicious combination of milk and white chocolate that contain little toys for children to put together–outlawed in the United States because they are considered a choking hazard). 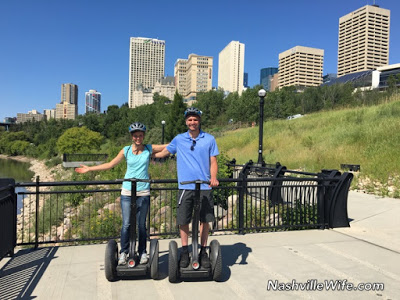 When I was a teenager, several of my many cousins from Europe visited our family at various times. My parents always tried to plan special activities to allow my brother and I to bond with them, since we had (and still have) very few opportunities to see them. During one such visit, my parents booked a Segway tour.

Have you ever seen a Segway or been on a Segway tour? They are those personal “vehicles” with small platforms that have two large wheels and a bar with handles that the rider holds onto. You make them go by gently leaning forward (the more you lean, the faster you go) and you steer with the bar. When you first hop on, it constantly feels like you’re going to fall over, but after about 10 minutes of practice, you can usually get into enough of a groove to feel relatively comfortable.

My brother and I had a blast on our Segway excursion with one of our cousins. Fast-forward 10 years, and Mr. Handsome and I are driving out of the Canadian Rocky Mountains after an eventful seven-day excursion through Banff and Jasper. On our way back to the Calgary airport, we spend a day and a night in Edmonton visiting some folks, and they surprise us with a Segway tour of the Edmonton River Valley.

Now you have to understand that as long as I have known Mr. Handsome, I have been wanting to take him on a Segway, so I was elated, to say the least. It took a bit of time for both of us to get the hang of it, but the tour was a blast, and the River Valley was gorgeous. If you ever have the opportunity to ride a Segway or to visit the Edmonton River Valley, I highly recommend both.