In addition to visiting the Memphis Zoo on our day trip to Memphis, Tennessee, we also stopped by the iconic Peabody Hotel to watch the historic Duck March, a daily event that has been going on for nearly 90 years.Never have I seen so much hype over mallard ducks. When we arrived a few minutes before 11am, there were more than 100 people lined up near the elevator in the hotel lobby. Smart phones in hand, they were all waiting patiently for the arrival of the ducks. 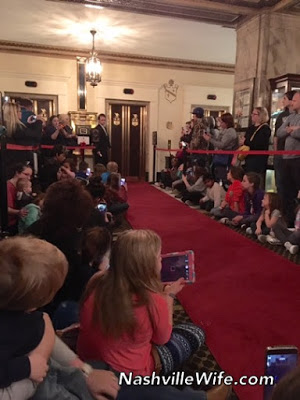 At 11am sharp, the “duckmaster” appeared, and an announcement came over the loudspeaker. The elevator door opened, and out walked the ducks!

They made a beeline for the fountain, jumped in, and started swimming in circles. A little anticlimactic but still quite adorable. 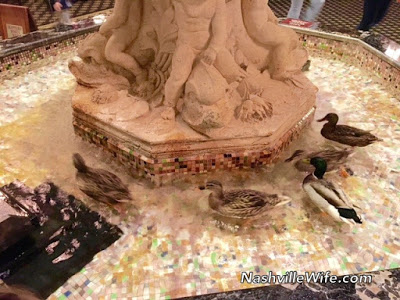 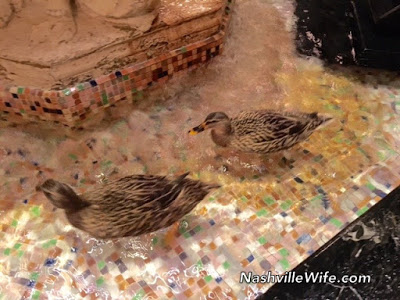 Apparently these water fowl live in a $200,000 marble and glass structure called the Royal Duck Palace, located on the rooftop of the hotel. Despite the luxury quarters, the hotel is very clear that it does not treat the ducks like pets. They are raised at a local farm and only live at the hotel for a three-month term, after which they are returned to the farm.

Immediately following the march, everyone hustled over to the tiny fountain to snap pictures of the ducks. Again, mallard ducks are plentiful in the wild, but I guess there’s just something intriguing about seeing them indoors. I stepped back to take a photo of the eager crowed. 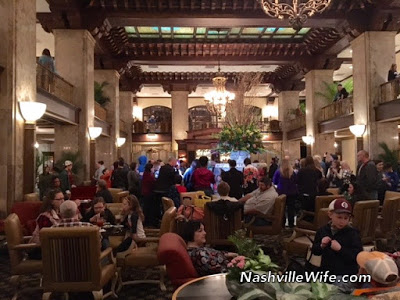 And then I decided to get in on the fun and snap some duck pictures. 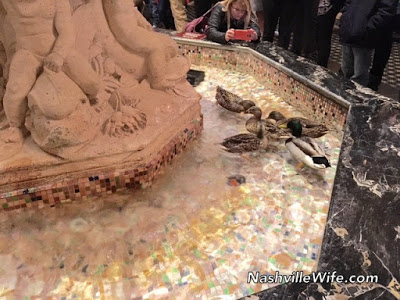 The duckmaster asked a little girl (no more than two years old) to help him dump food into the water. From the back, she looks just like my niece! 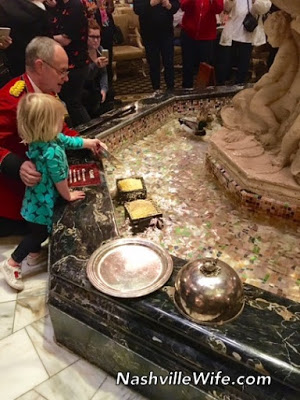 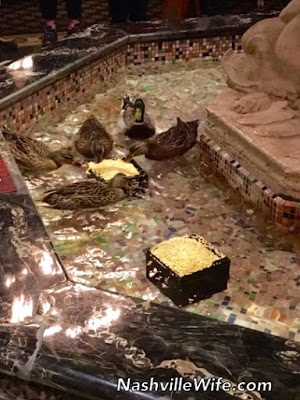 And that’s the end of my duck gallery. Have you heard of the Peabody ducks or visited the hotel?