In addition to a visit to the zoo and the Peabody Hotel, we made a few other quick stops during our jam-packed day trip to Memphis, Tennessee. One of those stops was the Memphis Pyramid, home of a massive Bass Pro Shops. My fisherman husband was in heaven. 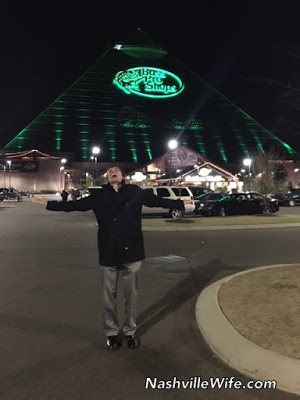 Built in the early 1990s as a 20,000-seat arena (used by the NBA Memphis Grizzlies and the University of Memphis men’s basketball program), the pyramid is 321 feet tall and among the top ten tallest pyramids in the world. (Did you know that Memphis was an ancient Egyptian city?) 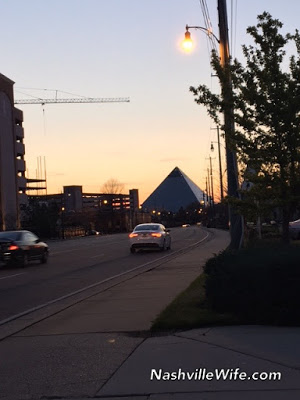 The idea for the structure, referred to as the Memphis Pyramid or the Great American Pyramid, was conceived in 1954 by a local artist. Bass Pro Shops opened a 535,000-square-foot retail store inside the pyramid two years ago.

In addition to the regular Bass Pro Shops goods, the pyramid features a wilderness-themed hotel, 600,000 gallons of water exhibits (including an alligator habitat), and 100-foot-tall trees. In the center is a 28-story freestanding elevator, which takes visitors up to a glass lookout. We elected not to pay the $10 per person for the elevator ride, but we enjoyed touring the store. 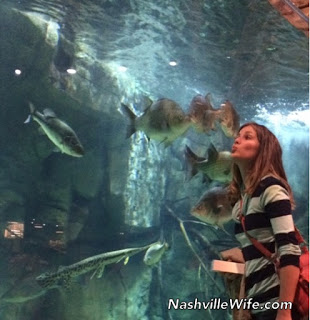 It truly was a dream come true for Mr. Handsome! 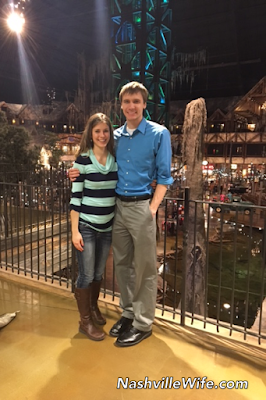 While downtown, we stopped by the Lorraine Motel, where Martin Luther King, Jr. was shot and killed on April 4th, 1968. The motel now houses the National Civil Rights Museum. We didn’t have time to tour the museum, but it was very sobering just to be there. 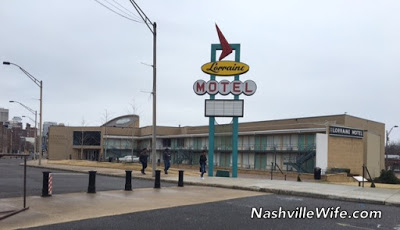