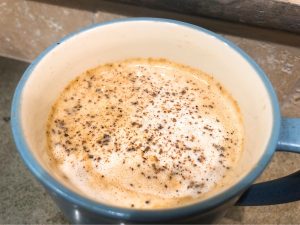 ‘Tis the season for pumpkin flavored everything! Have you ever tried a pumpkin spice latte from Starbucks? They’re all the rage and quite delicious, but I’m not a fan of the high sugar content, so I decided to make my own version a couple evenings ago. Caffeine any later than about 4pm tends to keep me awake at night, so I came up with a pumpkin spice latte recipe (posted below) that doesn’t contain coffee. I know that means that it’s technically not a latte, but “pumpkin spice beverage” just didn’t sound right. I plan to post one with coffee very soon. 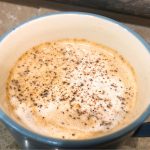