Earlier this week, I shared two of the games we played at the wedding shower we threw for my future sister-in-law (purse raid and the shoe game). About twenty ladies attended, and we enjoyed chatting and laughing together.The theme of the shower was “fall in love.” (It was fall themed, which I’m sure you figured out.) Scroll down to see pictures: 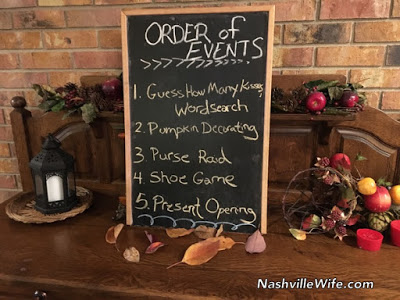 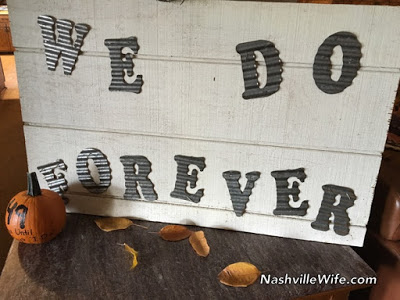 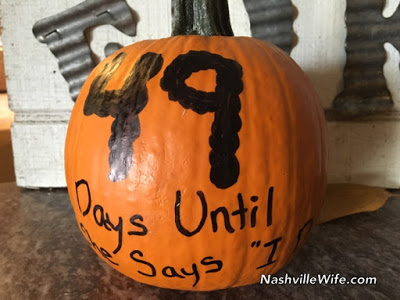 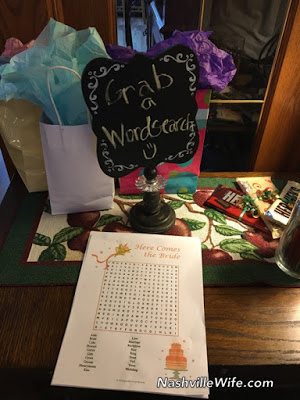 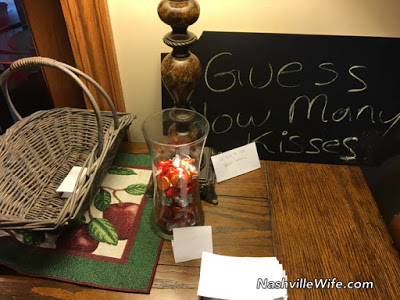 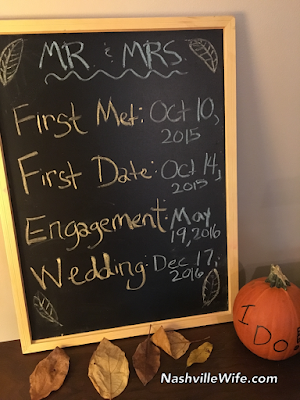 Snack table (cobbler bar with your choice of toppings…blueberries sauce, baked cinnamon apple slices, and chocolate sauce) and other munchies 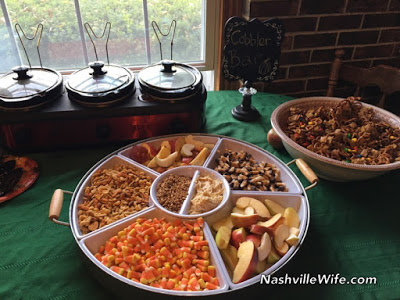 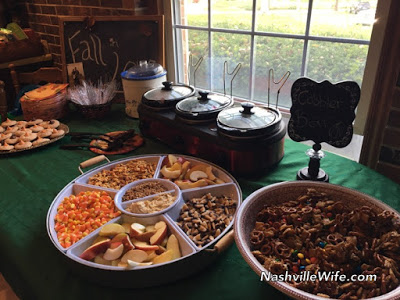 We also held a pumpkin decorating contest. We split up into groups of three or four and decorated a pumpkin to look like a bride. The groom-to-be chose his favorite (the one on the left). My group’s is two from the right, but our face isn’t the greatest. LOL. 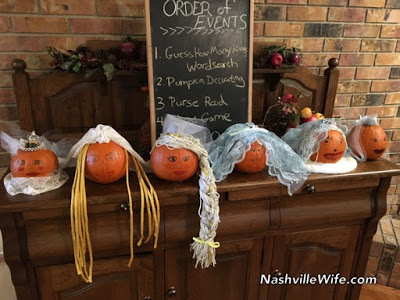 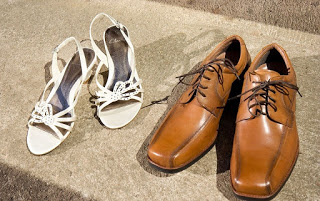 What did y’all think of the purse raid game that I posted yesterday (click here to read)? The ladies I played this game with a couple years ago were extremely competitive and had huge purses stocked with all kinds of random “necessities.” (That experience inspired me to add more items to my own purse.)

This time, the women had much smaller purses. The majority of the points (150) were earned by Mr. Handsome’s grandmother (Gram) and oldest sister (Anne).

In addition to the Purse Raid game, we also held a bridal pumpkin decorating contest (photo coming soon). When the groom-to-be arrived at the end of the shower, I led him and his bride in the Couples Q&A Shoe Game. Surprisingly, their responses were identical for all but three of the questions!

Here are the rules:

-Who is the pickier eater?

-Who chose the honeymoon location?

-Who is afraid of heights?

-Who is the morning person?

-Who is a night owl?

-Who is more likely to leave clothes all over the bedroom floor?

-Who is a better secret keeper?

-Who is more likely to burn the house down while cooking?

-Who is more of a dog person?

-Who spends a longer amount of time getting ready for an evening out?

-Who is more likely to overspend while shopping?

-Who loves the outdoors?

-Who has the craziest family?

-Who is the party animal?

-Who is more likely to get a speeding ticket?

-Who is more likely to fall asleep in front of the TV?

-Who is a more trustworthy driver?

-Who will manage the finances/spending?

-Who is the daredevil?

-Who is more likely to lose something?

-Who is more stubborn?

-Who will mow the lawn?

-Who has better organizational skills? 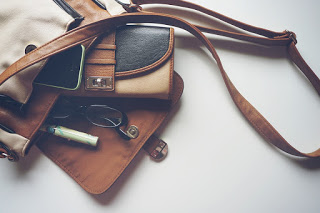 Last weekend, my mother-in-law, sisters-in-law, and I threw a bridal shower for the soon-to-be wife of Mr. Handsome’s youngest brother, Joseph. I led the guests in a game of Purse Raid, which was a blast. It’s perfect for wedding showers, baby showers, or any other type of female get-together. Here’s how you play:

Have guests take a seat holding their purses. As the host calls out each item on the list, the first lady to hold up that item receives the number of points allotted. Have guests keep track of their points, and hand out prizes to the first, second, and third place winners. (For prizes, I purchased three specialty Hershey’s bars (symphony bar, cookies and cream bar, and special dark with almonds).