Mr. Handsome and I are always up for a hike. A few weeks ago, we heard about Hidden Lake at Harpeth River State Park, located just west of Nashville, and decided to check it out.The trail is made up of several connecting loops, with a combined length of just over 2 miles. It took us about an hour to hike the whole thing. Halfway through the hike, we began seeing abandoned structures that we figured had to be at least 70-80 years old, and we quickly realized that there is more to the area than meets the eye. 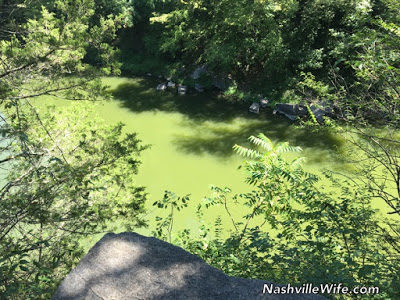 The reason it’s called Hidden is because the trail loops around a lake that is well hidden by two bluffs. 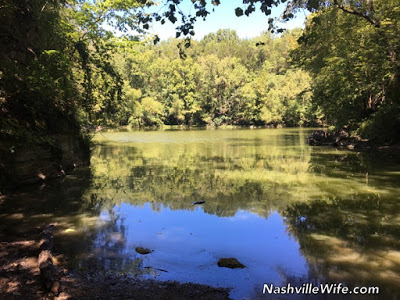 In the 1800s, the area was used as farmland. From about 1895-1910, the lake was created when the Hutton family started a limestone quarry. During Prohibition in the 1920s, rumor had it that there were speakeasies and illegal moonshine sales operating on the property. 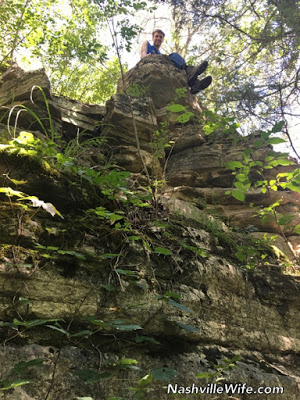 In the late 1920s/early1930s, the Dobsons opened a family-style resort called Hidden Lake. They sealed to bottom of the quarry with asphalt and a concrete edge, created a system to filter the water, and built a water slide from the top of one of the bluffs. The resort also featured a lodge with showers and a mess hall.

It was neat to walk the path and see multiple abandoned, dilapidated buildings in the middle of the woods. 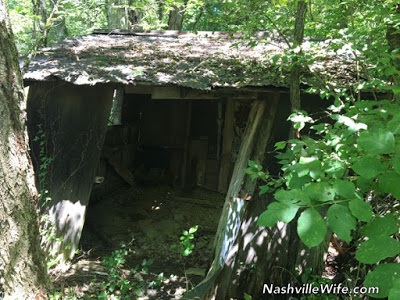 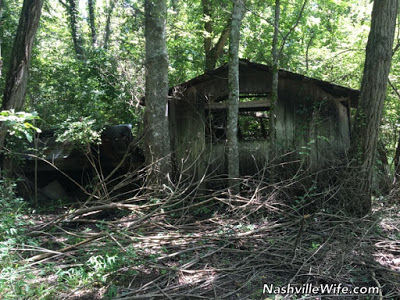 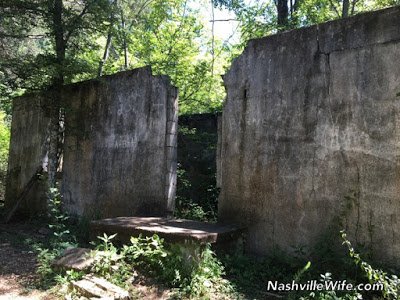 On top of one of the bluffs, we found the remains of a 90-year-old stage and marble dance floor, with a beautiful birdseye view of the lake. Apparently, popular groups from the Big Band era played at the resort while guests danced. 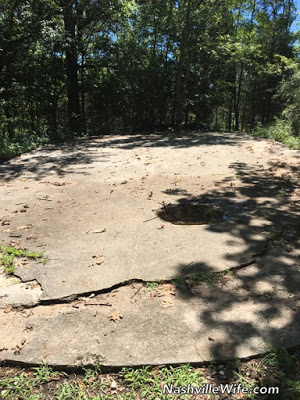 At the trail entrance, this old flyer was displayed: 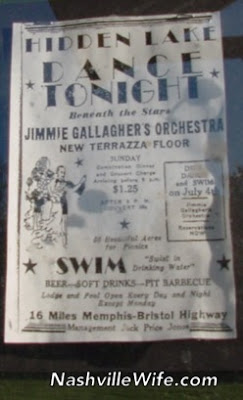 We also found an old fuel tank that sort of looked like a submarine. 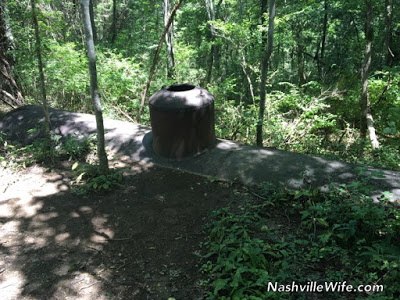 Unfortunately, the lodge burned down in the 1940s, and the resort closed. The area was once again used for farming until acquired by the state in the 1990s.