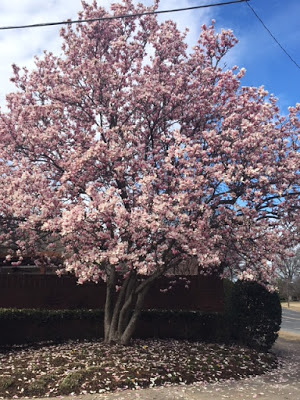 Last month, I posted photos from my tour of Slave Haven in Memphis. During that weekend trip, which we took so Mr. Handsome could attend a conference, we also stopped at a few other places. We just happened to visit while the spring flowers and trees were in full bloom. The city was filled with beautiful trees like the one above….

END_OF_DOCUMENT_TOKEN_TO_BE_REPLACED

A few readers have asked how we celebrated Easter. We had quite the weekend! Mr. Handsome is an avid fisherman, so we spent some time fishing and were able to provide a meal for 17 friends and family members. Mr. Handsome and I each caught a 20-inch large mouth bass. 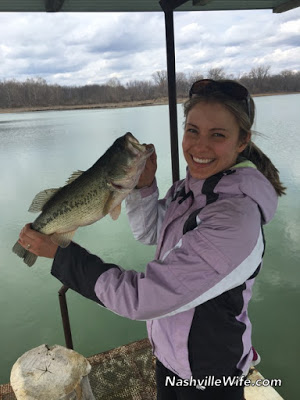 Mr. Handsome also did a painting party for his youngest sister, Lena, and her three closest friends. Lena was celebrating her 15th birthday with a sleepover and had “reserved” Mr. Handsome several months prior. He was honored that his sister wanted him to be part of her birthday celebration.

(Mr. Handsome is the oldest of seven, and it’s neat to watch him interact with his younger siblings. He takes his role as firstborn very seriously and is a great leader. There is a big age gap between the oldest five and the youngest two, which makes for a neat dynamic.)

The girls were very sweet, and their paintings all turned out really well. One accidentally dropped her painting on the new hardwood floors that my father-in-law had recently installed. He heard it fall and had a minor freak-out moment but was thankfully able to wipe the paint off the wood. And Mr. Handsome was somehow able to help the girl fix her painting. 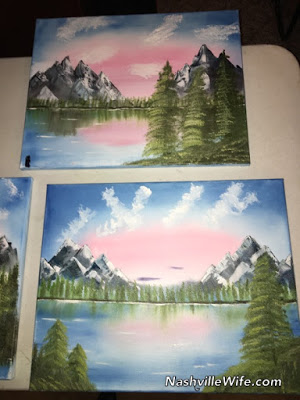 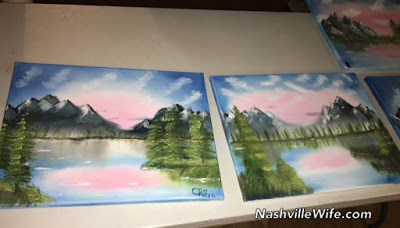 Since Mr. Handsome and I have been married, we have always gotten together with both of our extended families (his parents, siblings, grandparents, and cousins and my parents, brother, and sister-in-law) for Easter. Everyone enjoys that tradition because it allows both sides of the family to have more time with us, and it prevents Mr. Handsome and me from having to travel to multiple gatherings. We sang Easter hymns, ate BBQ, and played cards. The guys, who are huge basketball fans, watched the March Madness semifinals.

And, of course, we dressed up in our Easter best and attended church. How did you celebrate the holiday? 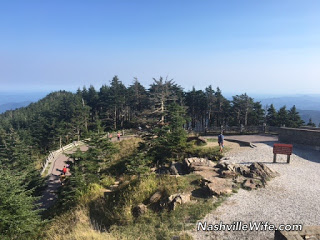 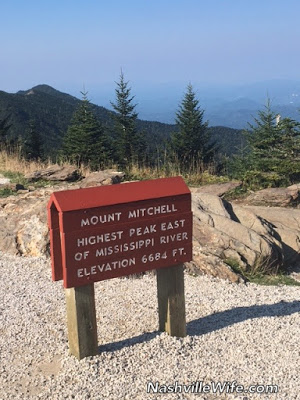 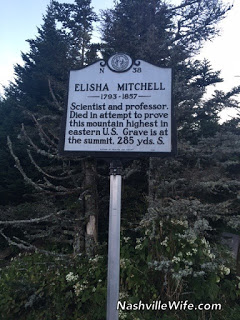 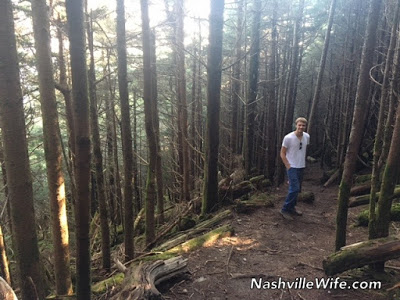 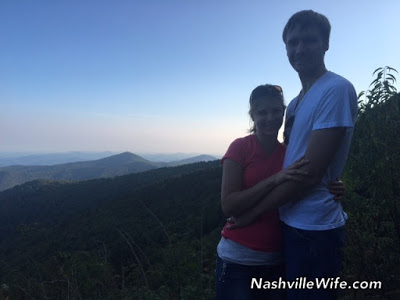 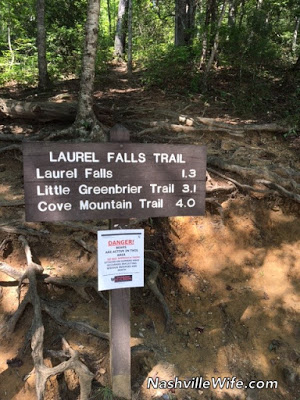 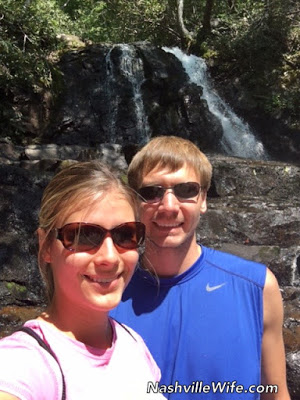 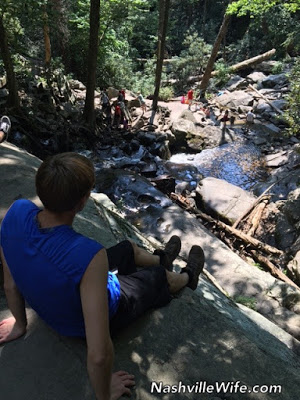 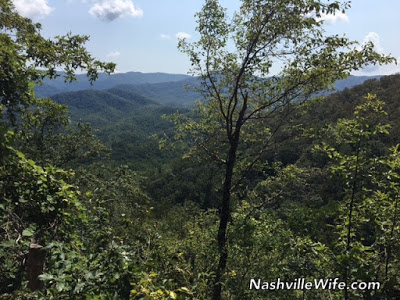 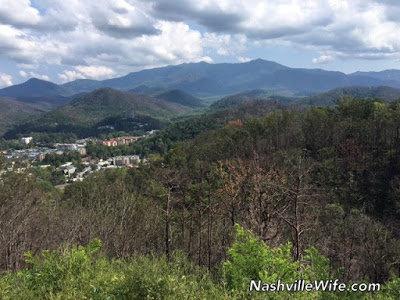 A couple weeks ago, I shared pictures from our trip to Santa Rosa Beach, Florida. Although we only stayed for three days, it was a wonderful chance to relax and reconnect as a couple (plus soak up the Florida sunshine, which, as you may recall from my previous post, Mr. Handsome enjoyed a little too much). I have just a few more photos to show you all.During the day, the weather was lovely (85F and sunny), but at night, we needed sweatshirts to be comfortable. Even when it’s a little chilly, there’s just something about being on the beach that makes a person smile. Do any of you live near the shore? Are you just always in a good mood, or does the beauty of the beach get old after a while? 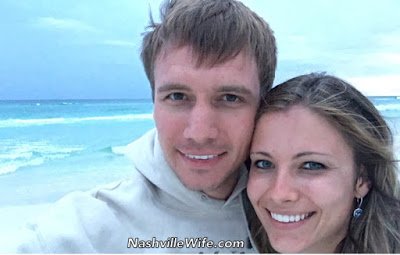 On one of the days, we explored the little town of Seaside and ate from the food trucks permanently parked along the main sidewalk. Mr. Handsome ordered from the BBQ truck, while I went to the sandwich truck next door. 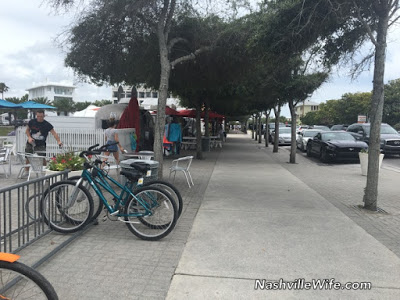 My meal was a delicious tomato-mozzarella-basil panini (one of my weaknesses). There’s just something about those three flavors that makes my taste buds sing. Can anyone else relate? 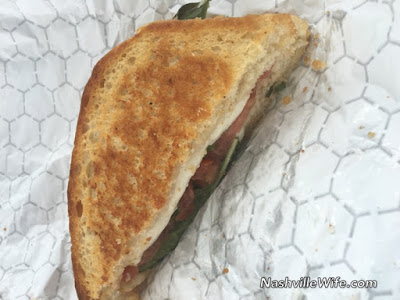 As per usual, Mr. Handsome ordered BBQ ribs. I really wonder how many times that guy would have to eat ribs before growing tired of them. He’s an adventurous eater and enjoys fruit and veggies, but when ribs are an option, it’s as if they’re the only thing on the menu. I sampled his meal, and it was very tasty, but I’m still glad I went with the panini. 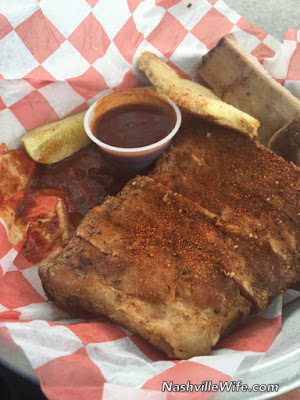