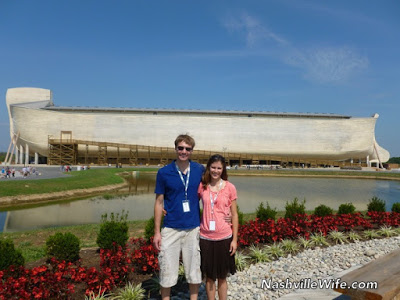 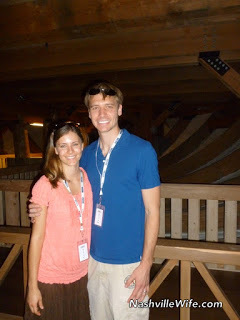 A few weeks ago, Mr. Handsome, myself, and four of our friends visited the Ark Encounter, a theme park located in Williamstown, Kentucky. The park, which opened in July, currently houses a petting zoo and a life-size replica of Noah’s Ark but will eventually feature other attractions, including a walled city and a replica of the tower of Babel.

At 510 feet long and 80 feet high, the Ark is the largest timber-frame building on the planet. As we walked through the multiple-story museum located inside, we could smell the sweet scent of freshly cut wood.

The $90 million ark was funded by donations, bonds, and memberships (appropriately called “boarding passes”). The structure was constructed using the latest environmental technologies, making it one of the largest “green” building projects in the nation.

Mr. Handsome and I were amazed by the sheer size of the ark replica, and we thoroughly enjoyed walking through the exhibits and learning more about the history of the original structure. The top floor of the museum featured several dozen manuscripts of the Bible printed over the past two thousand years.

If you’re looking for a family-friendly getaway, we highly recommend visiting this northern Kentucky attraction. The Ark Encounter is just a day’s drive away from 2/3 of all Americans, as well as millions of Canadians.

As we were leaving, a storm blew in and made for an epic photo op! 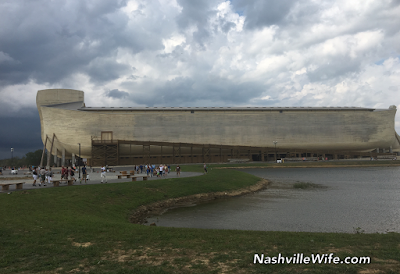