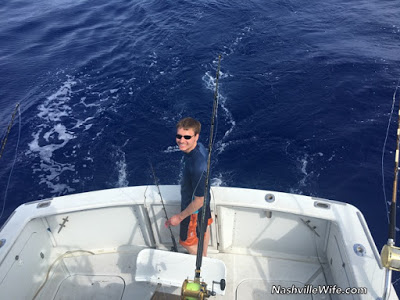 Being the avid fisherman that he is, when Mr. Handsome heard that Kona, Hawaii, is known for fishing, he just had to give it a try. We attempted to go bank fishing, but then we learned that shoreline fish in the Hawaiian Islands can contain a bacteria that causes a type of food poisoning, called ciguatera. Not wanting to ruin our vacation with sickness, we opted to go fishing on a boat with a local. 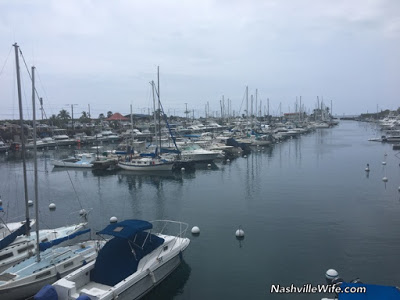 We arrived at the dock shortly before 6am to board the boat. We coasted out past the no-wake zone and were hoping that the loud, lawnmower-like noise coming from the engine would quit once we started going faster. But it didn’t. The sound continued for the entire trip (6 hours). But despite that, we still enjoyed being out on the water. 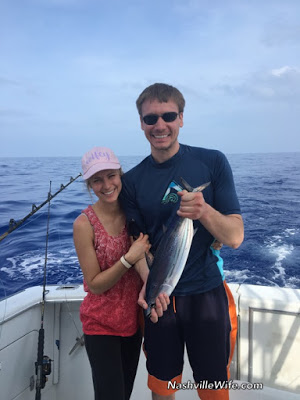 Since the island is one big volcano (or, rather, several) the sharp slope of the volcano continues underwater off the shore. That means that as you leave the shore, the water quickly becomes very deep. We went about a mile off shore, and the captain happily told us that the bottom of the ocean was more than 3,000 feet below our feet. Yikes! 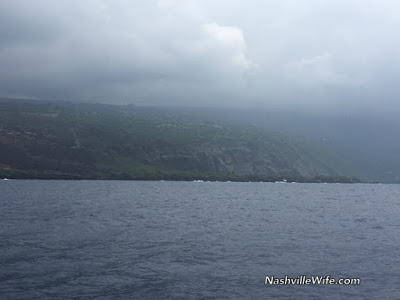 When the sun came up, the views were beautiful. Because the water was so deep, it was a beautiful blue color. The captain put out several large fishing lines, hoping to catch an 800-pound marlin or a 30-pound ono.

Sadly, we didn’t get anything that big, but we did catch two tuna fish. Mr. Handsome was able to reel his in pretty easily, but after hooking mine, I realized that there was no handle on my fishing rod. The captain had forgotten to put one on. So he grabbed some gloves and reeled the line in by hand, which took about 10 minutes. 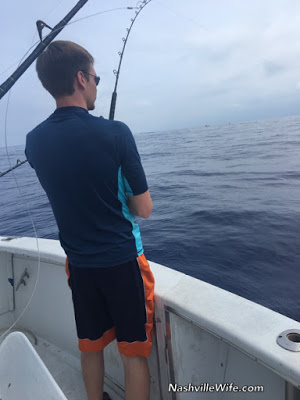 The tuna were beautiful fish. They had thick, metallic skin and kind of looked like baby sharks. We put them in the cooler and took them back to our condo to grill. The taste was good, but it was strong. We mixed it with mayonnaise and ate it on bread. 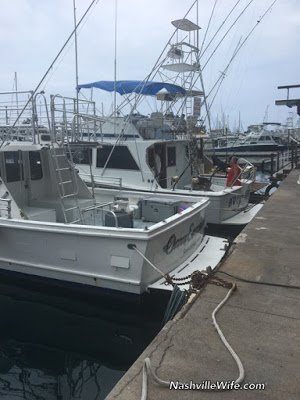 The fishing trip turned out to be a unique excursion. I felt seasick for most of the time, but it was still a blast.