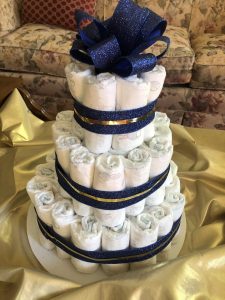 On my Facebook page, I mentioned that the ladies in our church small group threw me a baby shower, and I posted a few photos. I also had two family showers. Both were in the same weekend and required travel, so it was a busy three days for Mr. Handsome and me. And just as we were leaving to return to Nashville, Mr. Handsome’s sister Anne delivered her third child, so we were able to visit them in the hospital before driving home. The perfect ending to the perfect weekend!

The first shower was hosted by my mom and sister-in-law (my brother’s wife). It was a ladies’ tea, and they had a bunch of delicious finger foods and desserts. Everything was served in plastic cups to make it easier for guests to eat while chatting.

There were cups with fruit kebobs, cups with vegetable kebobs… 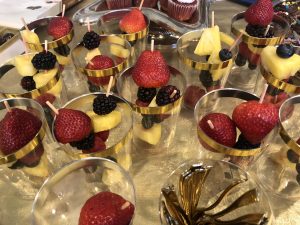 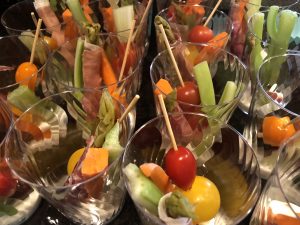 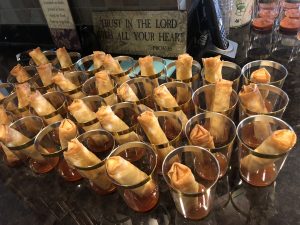 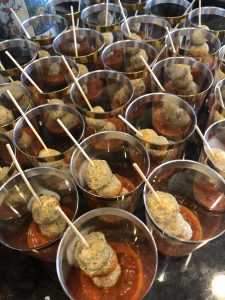 For dessert, there were cups of chocolate and vanilla pudding with mini spoons, as well as an assortment of chocolates and cupcakes. 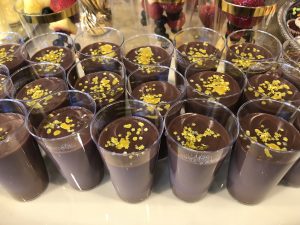 To drink, there was both hot tea (in real teacups) and sparkling grape juice. 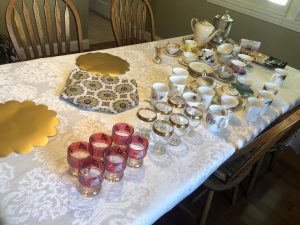 The food was delicious, and I was blessed with many gifts, but the best part was chatting with all the ladies who attended. We had a great crowd (about 25) of women who have all played an important role in my life. Some were neighbors who watched me grow up, others were the mothers of my closest friends from preschool through high school, and others were the moms of the children I babysat for. While the majority of my childhood friends have moved away and could not attend the shower, five (one from high school, one from college, and three with whom I grew up from elementary school through high school) were able to make it. Catching up with everyone was a blast! I felt loved and appreciated that so many people came to the shower.

For games, my sister-in-law put together some “how well do you know the baby’s parents” trivia, which included questions about how Mr. Handsome and I met and what we were like as children. Guests also filled out baby shower gift bingo cards as I opened my gifts.  The prizes were food and beauty items that my mom picked up at T.J. Maxx. 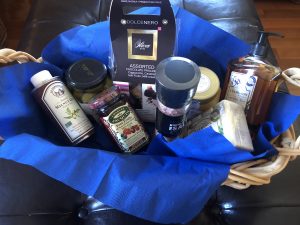 Here are a few fun facts from the trivia game:

Mr. Handsome weighed 7 pounds, 11 ounces at birth, while I weighed 8 pounds, 10 ounces. Mr. Handsomes first word was “uh-oh!” and mine was “Daddy.”

Both of us took our first steps at 10 months old. When Mr. Handsome was little, he wanted to be an entomologist (someone who studies insects, as he had a major fascination). I went through several stages of future career goals–including actress, author, and architect–before settling on journalism.

As party favors, each lady received a small bag of assorted teas. The diaper cake at the top of the post was a decoration made by my mom and one of her friends who helped set up for the shower. 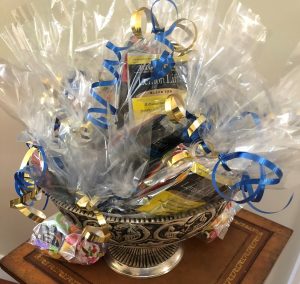 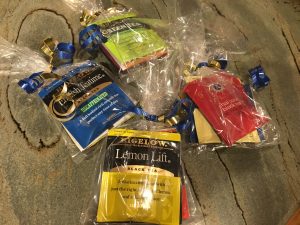