Hope you all are having a fabulous weekend! I have one last batch of photos from my brother-in-law’s December wedding to share. The wedding was on the East Coast, where the bride is from, so many people from our side of the family were unable to come.My in-laws have a large extended family, so they decided to throw a second wedding reception, which also worked out to be a New Year’s party, for the couple a few weeks after the actual wedding. The venue was a small banquet hall located in their small town and only cost about $100 to rent for the evening. It was a lot of work because we DIY-ed most everything, but it was a blast.

My in-laws have seven kids, so before their first child got married four years ago, they purchased napkins, tablecloths, and chair covers to use for all the weddings. For this party, we used disposable plates, silverware, and cups purchased from Smarty Had a Party. 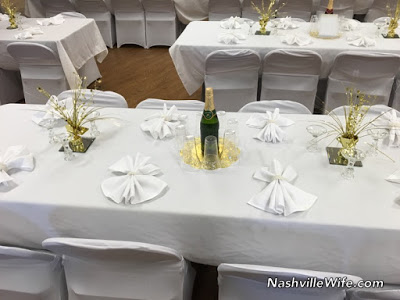 After setting up, we waited around a couple hours before the guests began to arrive. We all got quite hungry. (That’s Mr. Handsome’s hand reaching for some pretzels.) 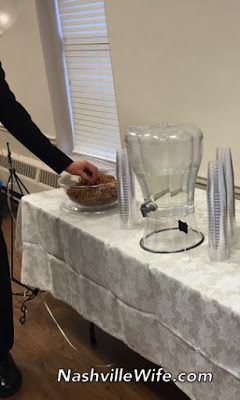 I caught him mid-chew… 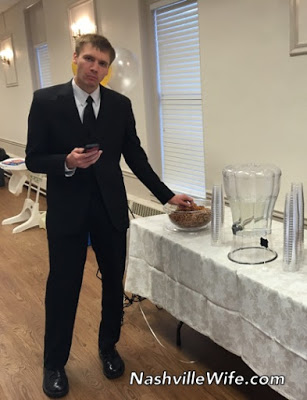 For drinks, we had coffee and homemade crock pot hot chocolate–click here for the recipe. 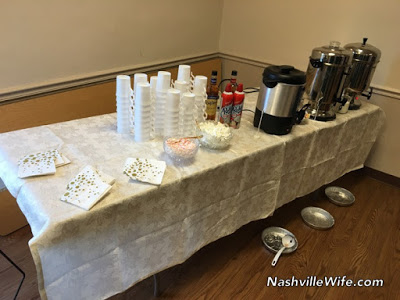 Dinner was a simple pasta/chicken buffet made by a friend who has a catering company. 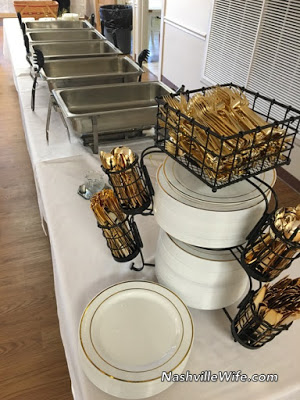 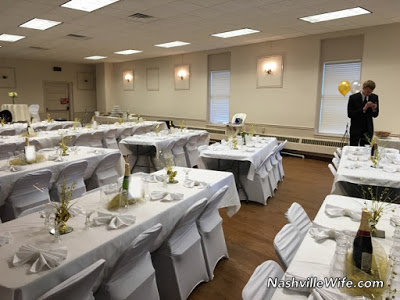 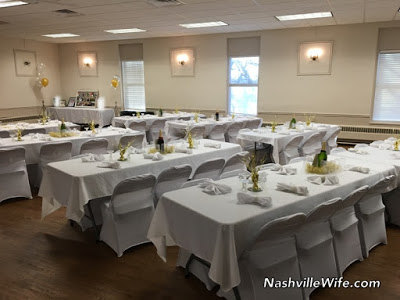 Mr. Handsome’s talented cousin made these homemade cupcakes. The flavors are coffee, chai (my favorite), raspberry, and peanut butter. I asked for her recipes, but she wants to keep them secret, as she has a cake decorating business. 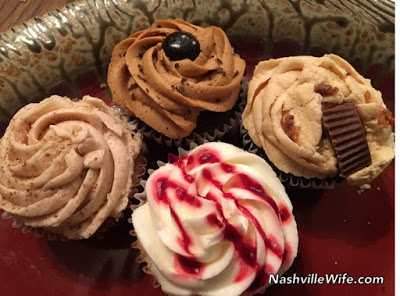 We also had other random assortments of goodies, made by other family members. We ended up overdoing it and having lots left over. 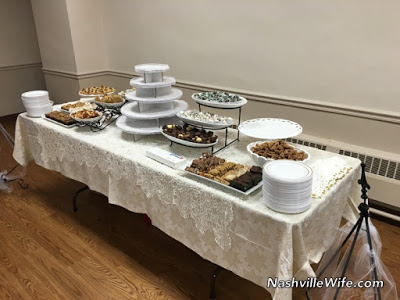