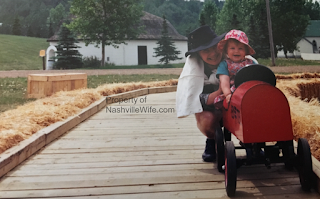 In September, I announced that I was in the early stages of writing a book based on my grandmother’s WWII story. She was an ethnic German who grew up in Ukraine under ruthless Communist dictator Joseph Stalin. (Click here to read more details in my September 8th post.)

My grandmother passed away when I was in middle school, but she left behind a memoir. I admit that I’ve been brought to tears while reading how deeply her family suffered, especially her account of the day she was forced to say goodbye to her father. When she was just eight years old, he was banished to a death camp in Siberia and never heard from again.

Throughout this process, I have been able to reconnect with my great uncle (my grandmother’s brother) who lives in Germany. He doesn’t speak a word of English, but with help from my mom, I have been able to email with him and his wife. His side of the story is also very sobering, as he and his mother (my great grandmother) were also deported to Siberia and were separated from my grandmother for thirty years.

Despite the hardships that my relatives lived through, they were somehow able to push forward and maintain a strong faith. Their ability to overcome their trials will be the theme of my book.

This project has required a lot of research, and the actual writing part has proven to be more challenging that I imagined, but I look forward to sharing the finished product with you all!

The photo above is of my grandmother and my 16-month-old self. 🙂

I have some exciting news to share! I am in the early stages of writing a book about my grandmother’s World War II story. She and her family were Germans who lived in the Ukraine under Joseph Stalin. Her father was taken away when she was eight years old and sent to a death camp in Siberia. She never saw him nor heard from him again. When she was a teenager, her mother and brother were also deported to Siberia. (Thankfully, she was able to escape from the UN officials who attempted
to deport her.)It wasn’t until 30 years later that my grandmother was reunited with her mother and brother. By that time, she was married and had three teenage daughters, one of whom was my mom. I’m looking forward to sharing the full story with you as soon as I finish the book!