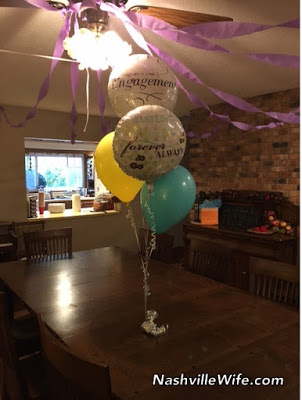 Guess what, y’all? Another one of Mr. Handsome’s six siblings is engaged! As of now, he and Anne are the only two who are married. Their brother, Joseph, proposed to his girlfriend in May, and we are looking forward to their East Coast wedding next month.

In fall 2014, Mr. Handsome’s second oldest sister, Catherine, met a guy, and the two started dating exactly one year later. Exactly one year after that, they got engaged. Pretty cute, isn’t it? It looks like their wedding will be in late spring or early summer 2017 (after her college graduation). We are still waiting for them to choose a final date.

Catherine’s fiancé proposed at a local park, and then the two came back to my in-laws’ house for a party with both sides of the family.

Mr. Handsome and I managed to pull off a three-month engagement, but his siblings think we’re crazy for planning a wedding in such a short time. LOL. We both agree that three months was plenty long enough.

Hope you enjoy these photos from Catherine’s engagement party. I apologize for the low lighting. 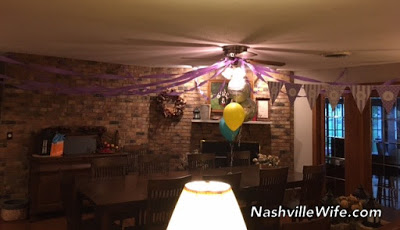 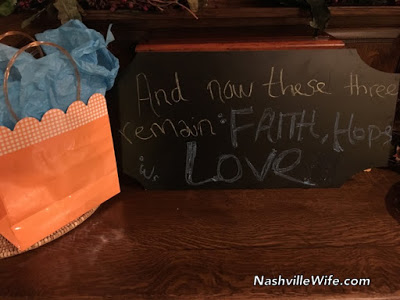 These are the chalkboard signs that lined the driveway as the newly engaged couple drove up for the party. They say “Forever and Always,” “To Have and to Hold,” “Love,” “Laughter,” and “Happy Engagement.” 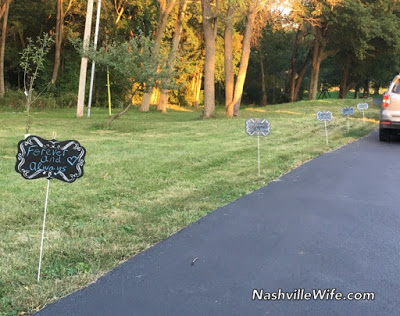