The Lord of the Rings

Greetings, blog readers! Hope your week is off to a good start. On Friday, I shared photos from my brother’s wedding on the Oregon coast. Living in Tennessee, we knew we likely wouldn’t have another chance to fly out West for quite a while, so we decided to spend several days sightseeing.We flew into Portland International Airport on Thursday evening and met up with Mr. Handsome’s parents, grandparents, and two youngest sisters (Mae and Lena). We spent Friday morning exploring Wahkeena Falls and Multnomah Falls, located east of Portland. Thank you to those of you who recommended those attractions. The scenery was absolutely beautiful!

After just 10 minutes of hiking, we arrived at this beautiful waterfall. The vibrancy of the green moss made it look like a scene straight out of The Lord of the Rings. 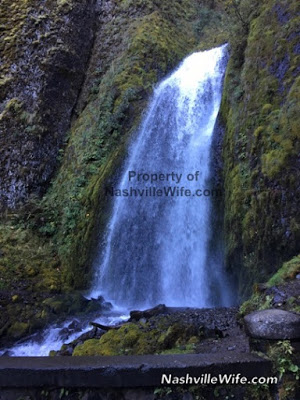 Our pictures turned out so well, despite the fact that they were taken on an iPhone. The backdrop almost looks fake, doesn’t it? 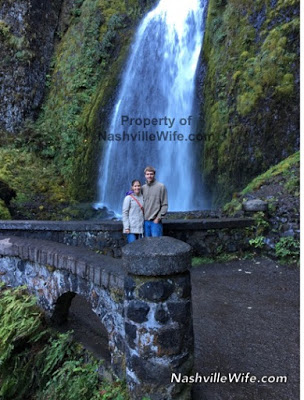 After that first stop, we continued along the path, which snaked up the hillside and provided an excellent leg workout. 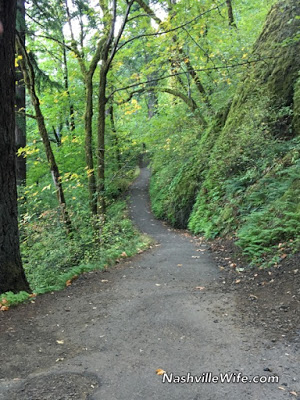 Mr. Handsome found a giant rock that jutted out from the path and had nothing below it. I had a slight freak-out moment as he climbed out onto it and asked me to take his picture. You could tell that the rock used to be much bigger and that part of it had toppled down the cliff. Needless to say, I was relieved when he stepped off.

As we continued walking, another couple came up behind us and did the same thing. (The wife freaked out while the husband climbed out onto the rock and asked for a picture.) I had to laugh at that… 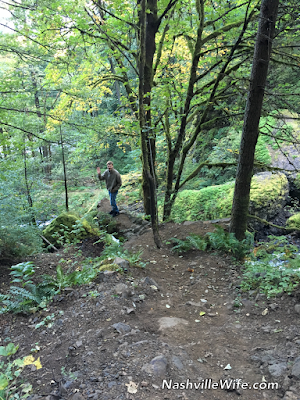 The view from the first lookout point along our hike was stunning! 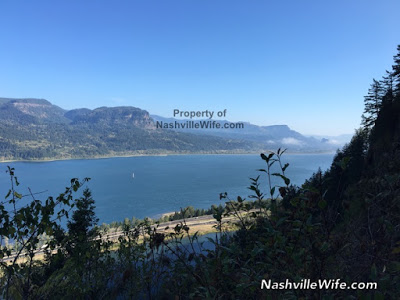 By that point, we were quite tired, but another group of hikers told us that the next stop, Fairy Falls, was gorgeous and not to be missed. So we continued on for another mile. This waterfall was smaller than the first one but still worth the trek. 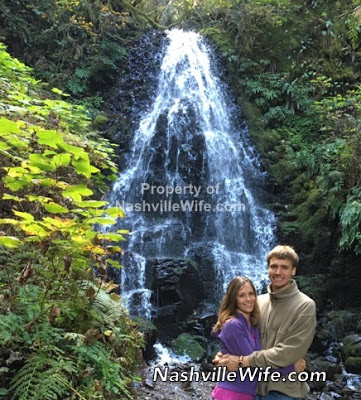 After making our way back down the hillside, we drove a few miles to Multnomah Falls to snap a quick picture. 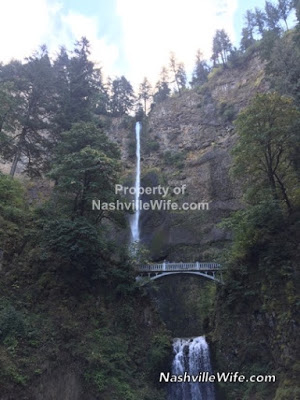 I also had Mae take a photo of me drinking out of a 100-year-old water fountain. LOL. 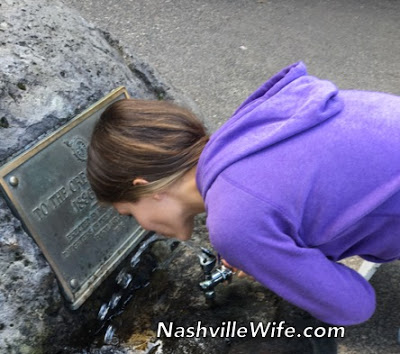 In order to make it to Lincoln City for the rehearsal dinner, we weren’t able to explore any of the other falls. After the wedding, we headed down the coast to San Francisco. More pictures coming soon!