tallest tree in the world

It’s time for another batch of pictures from our trip out West! After visiting Multnomah Falls, catching up with family and friends at my brother’s seaside wedding, and spending a day sightseeing along the Oregon Coast, we arrived in Northern California to visit the spectacular Redwoods.Ever since I was a little girl, I had been dreaming about visiting the Redwood Forest. It actually turned out to be even more majestic and breathtaking than I had imagined. 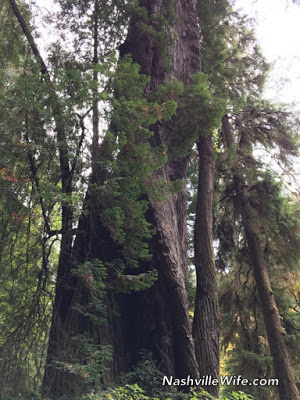 To walk up to the base of those massive trees and try to wrap my mind around the fact that they are hundreds (and even thousands) of years old was truly amazing. It’s one thing to see a building or other man-made structure that was build before the year 1 AD, but to think that these trees have sustained themselves for that long is such an awesome thought.

We drove past many Redwoods that had been darkened and hollowed out by forest fires but were still standing strong. Then we learned from one of the park rangers that these trees are naturally fire-resistant. How neat!

As we were walking through the beautiful forests, I kept thinking how neat it would be if we could watch a time-lapse video of everything the Redwood Giants have witnessed over the past two millennia. The tree below is a spiral tree, which means it was formed by multiple “shoots” from the same root system. 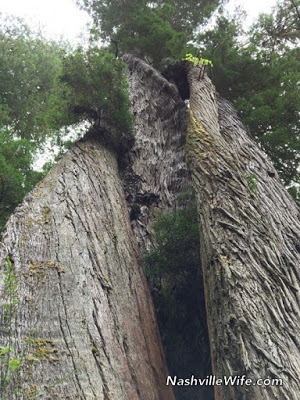 After passing through Crescent City, California, we enjoyed stopping for a few short hikes in the Redwood National and State Parks near Berry Glenn and Orick. I found it quite hilarious to see Mr. Handsome dwarfed while standing next to even the medium-sized Redwoods. 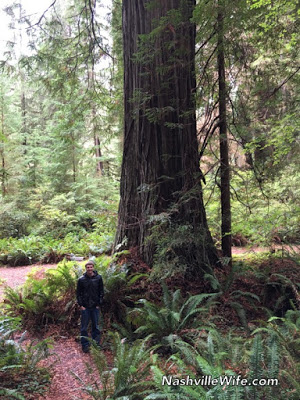 Some of the trees had little hideouts in the middle of them, which made for great photo ops. Here’s one of Mae and Lena… 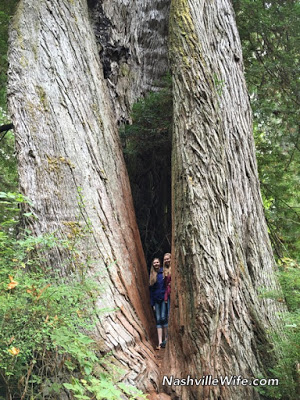 I think Lena is trying to find the top of the tree! 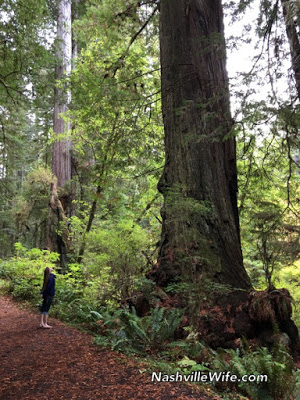 This picture is a little dark, but seeing Lena’s tiny head poking through really captures the size of the trunks. 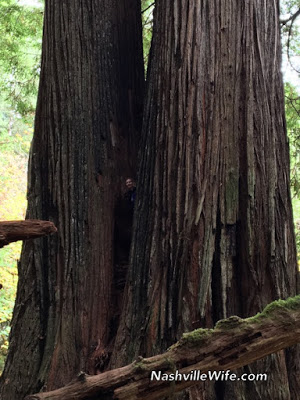 The “Big Tree” extends 304 feet above the forest floor and is an estimated 1500 years old. Wow! 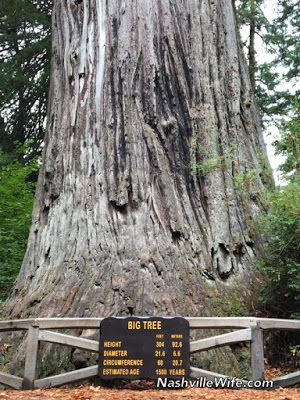 The bright orange and yellow leaves and the vibrant green moss made the forest look like a scene straight out of a fairy tale. This isn’t a Redwood, but it’s still a beautiful tree. 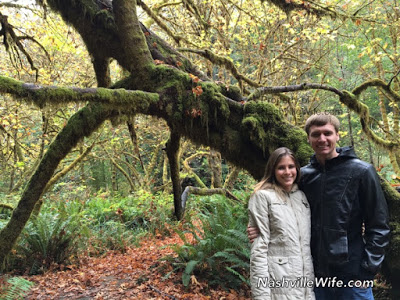 Later that afternoon, we stopped at Humboldt Redwoods State Park and drove through the Avenue of the Giants. (Thank you to the readers who suggested we visit Humboldt. It was time well spent!)

We came across a tree that fell last winter, but unlike all the others we saw lying on the ground, it had splintered. 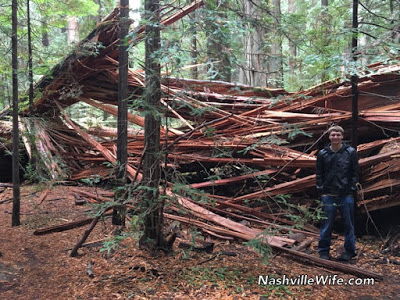 This is the Dyerville Giant, which once stood a whopping 362 feet tall with an estimated age of 2,000 years and a circumference of 52 feet. Before it fell in 1991, it was believed to be the tallest tree in the world. 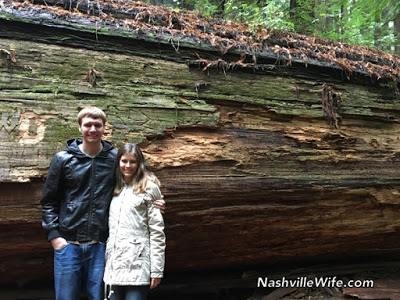 Before heading to a hotel for the night, we stopped at the Chandelier Tree in Legget, California. At 315 feet, this tree is approximately 2,400 years old. Visitors with regular-sized vehicles can drive through the base of the tree, but we were in a 12-passenger van, so that didn’t work out. There’s Mae standing in front of the opening… 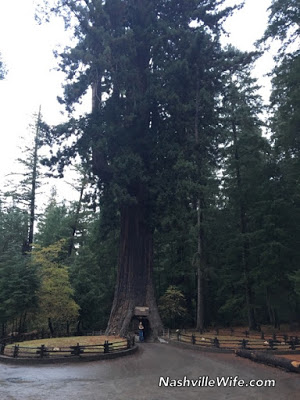 We spent 16 hours in San Francisco (pictures coming soon) and then headed home. Now that we’ve seen the Redwoods, the trees around here just aren’t that impressive. LOL.