A couple weeks ago, we had a house full of visitors from out of town. One of the couples lives in Abilene, Texas, and took five days off to come hang out in Nashville. They have a son who is almost two. You may remember my posts about our trip to see them last August, when we visited Fort Phantom Hill and the prairie dog habitat.

The other couple lives only a few hours away and stayed for two of the five days. They have a four-year-old daughter and an 18-month-old son.

Having a house full of 10 people was chaotic, but we had a wonderful time. Little Buddy loved having other kids to play with, and it was fun to see them interact. The oldest was really sweet to him and the other boys and even sang a song (unprompted) for one of them when he was upset. All three of the kids kept wanting to rub Little Buddy’s soft baby hair.

Little Buddy was the only child who couldn’t walk, but he tooled around in his walker and kept up with the big kids. He’s really good at maneuvering it around our furniture and even looks behind him when moving backwards.

Our house has three small bedrooms, so each family had a room to themselves. We don’t have a dining room, and we only have four chairs (plus a stool and a step ladder) at our kitchen table, so half the group ate inside and the others ate on our patio table.

Everyone was laid back and easygoing, so our time together was very smooth. Even when I completely botched one of our dinners. I announced the night before that I was planning to make honey barbecue chicken drumsticks, and they were all really excited about the meal. Well, in my muddled, mom-brain mind, I was thinking honey mustard chicken, even though I said honey barbecue.

I marinaded the meat overnight and didn’t realize my mistake until the next day, right before I was about to turn on the oven. It turns out that most of our guests don’t like mustard, so that wasn’t going to work. Thankfully, I was able to save the meal by washing the marinade off and baking the drumsticks in my homemade BBQ sauce.

We spent most of the time at our house playing games and eating, but we did venture to the 12 South neighborhood of Nashville to grab donuts and burgers.

Mr. Handsome has never understood why I have three strollers for one child, although I have tried to explain it to him. (One is for jogging, one is a compact stroller to keep in the car and take into stores and restaurants, and one is a larger stroller that reclines and has space for Little Buddy to stretch out and play.) All the moms I talk to are in agreement that all three are needed, and since two were gifts and one was purchased used for $40, they didn’t break the bank. When our friends came to town, our three strollers suddenly became a lifesaver, and Mr Handsome was glad that we had them. The extra highchair that a neighbor gave us, as well as the older kid toys that I found for dirt cheap at consignment sales also came in handy. 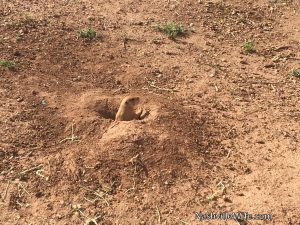 A few weeks ago, Mr. Handsome and I ventured down to the massive state of Texas to visit some military friends who are stationed there temporarily. They live three hours west of Dallas in Abilene, and one thing we noticed was that the area is a lot more arid than we had expected. There were some small trees, but nothing the size of what we are accustomed to here. The temperatures were in the high 90s (around 38 degrees Celsius), which I have noticed is a lot more difficult to handle while pregnant. Abilene is a large town that has plenty of amenities, but it is as much in the middle of nowhere as it gets….