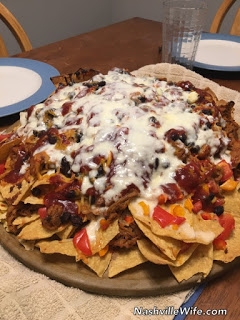 Mr. Handsome and I try to eat healthy most of the time, but we allow ourselves a couple days each week to indulge in less healthy meals–usually on the weekends and/or Magnificent Meal Monday. (That being said, I always strive to incorporate at lease one veggie into every lunch and dinner.)

Growing up, my family rarely went out to eat, but when we did, one of our favorite items to order were loaded nachos with all the fixins.

A while ago, I mentioned loaded nachos to Mr. Handsome and was shocked to find out that he hadn’t every tried them. I just had to share this wonderful experience with him, so I decided to whip up a batch…and boy were they good! Instead of the usual ground beef, I tried pulled pork. Best culinary decision I’ve ever made.

Directions:
Chop the tomatoes and peppers. (Mr. Handsome wanted me to share a photo of his perfectly sliced peppers.) 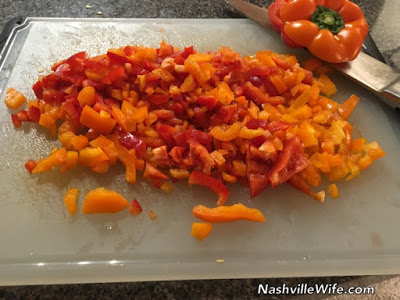 On a greased cookie sheet or baking stone, assemble the first layer of nachos, using half of each of your ingredients: 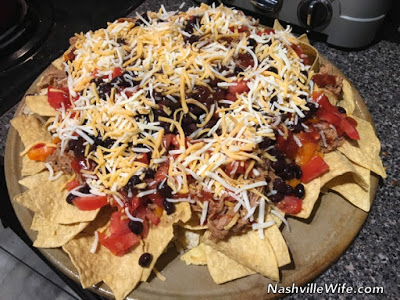 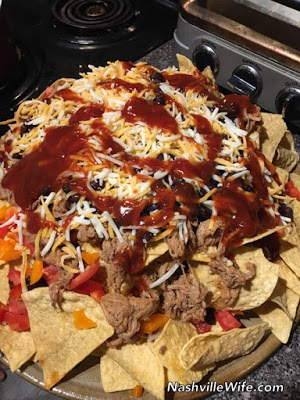 Bake at 350F until cheese has fully melted (about 20 minutes). Drizzle with queso, and serve. 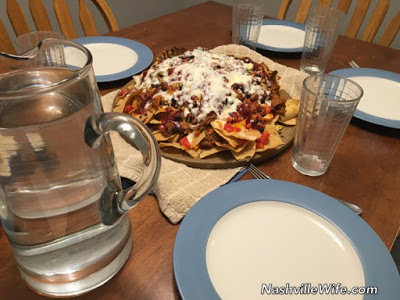