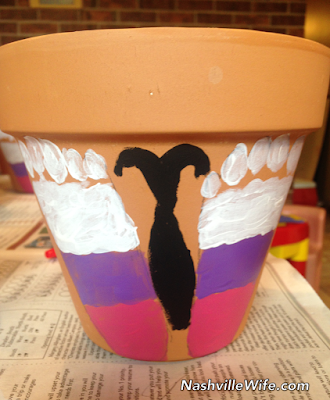 Mother’s Day is less than one week away. Are you looking for a last-minute craft for your kiddos? If you are, you’ll love this post!

We don’t have any children (yet), but I helped my sister-in-law Anne with her Mother’s Day craft. (It’s supposed to be from her 21-month-old daughter Ana, but of course we ended up doing all the work.)

Anne found the idea on Pinterest, and I think it’s quite adorable. Kudos if you can get your child to sit still long enough to put paint on the bottoms of their feet and press their feet onto the flower pot. My niece wouldn’t have any part of that, so we made paper cutouts of Ana’s feet.

We positioned the cutouts on the flower pot and lightly traced them with a pencil. Then we used paint brushes and acrylic paint to fill them in and draw the butterfly’s body.

The flower pots we used were seven inches tall, but you will want to measure your child’s feet before going to the store. This craft works for children of any age! (Click here to see the “grownup craft” that my husband made for our moms.) 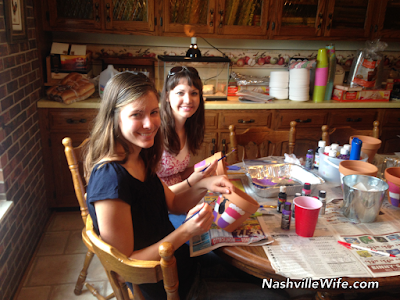 I’m not wearing makeup in this photo, so don’t look too closely 😉
When it comes to decorating, my sister-in-law has a knack for making things cute (and for turning Pinterest ideas into reality). Her style is “classy but elegant,” and she does a wonderful job at creating decor that isn’t too simple or too flashy.What do you think of her Valentine’s Day decorations? They’re all made from items she had on hand. (She also has a talent for turning everyday things into festive accent pieces.) 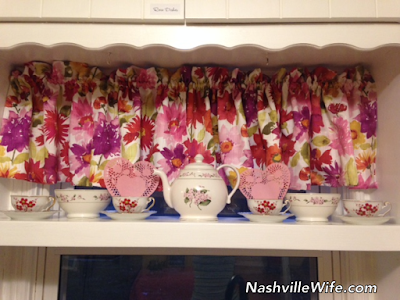 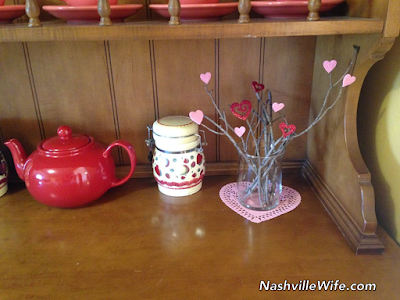 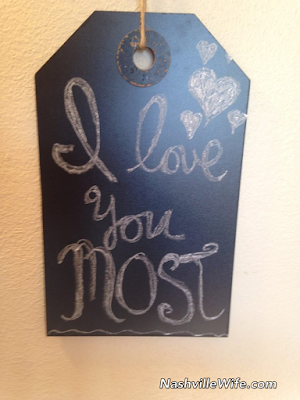 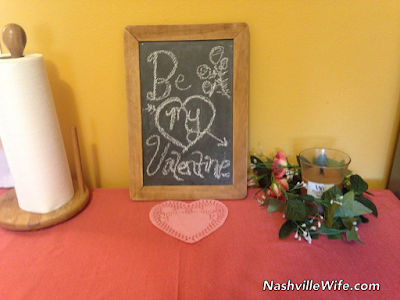 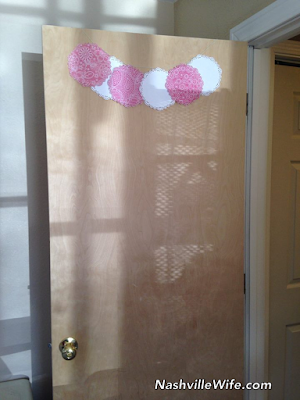 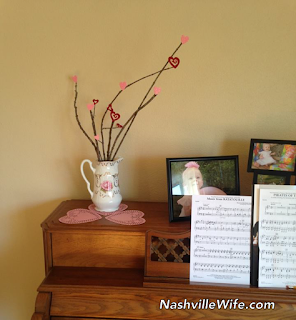 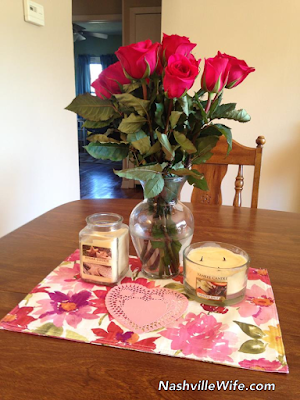 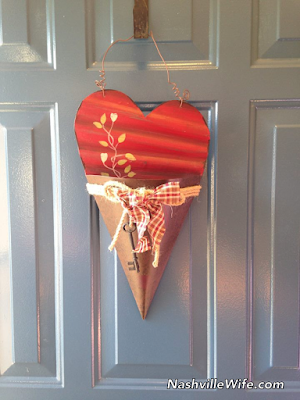 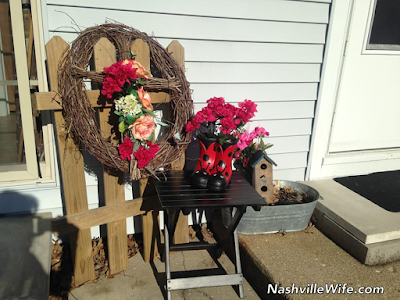 After I shared photos of our DIY wedding reception, a few readers asked what was on our menu. The main dish was barbecued pulled pork, courtesy of Mr. Handsome’s aunt and uncle. Then we had a friend with a catering service provide Parmesan chicken, macaroni & cheese, mixed veggies, glazed carrots, and Caesar salad with homemade dressing. 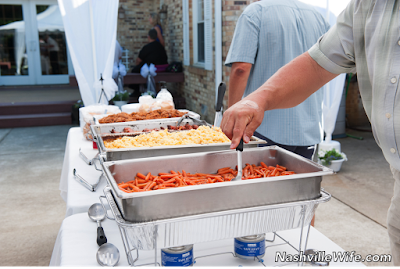 We served the food buffet-style, and everything was delicious. I would love to get my hands on the recipes! There were tons of leftovers, which our families enjoyed while we were away on our honeymoon…. 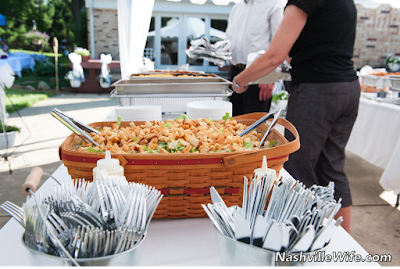 For dessert, several friends and family members put together a spectacular sweets table. Once again, everything was delicious, but Mr. Handsome and I only had time to try one or two types of cookies. 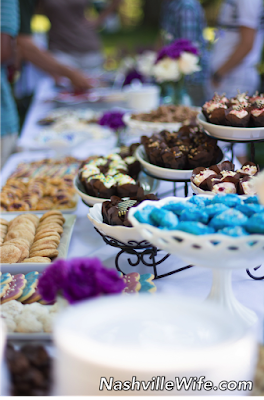 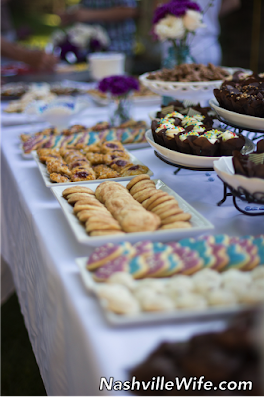 We also rented two soft-serve ice cream machines (one chocolate and one vanilla). There aren’t many places that rent them out, so we were grateful when Mr. Handsome’s two brothers offered to drive three hours to pick them up the day before the wedding. 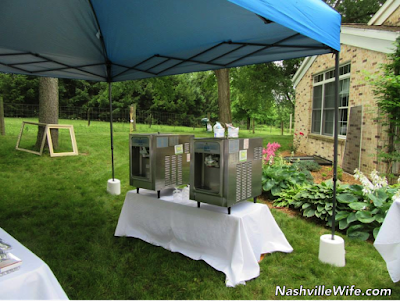 Early on in the planning process, we decided that we wanted either ice cream or milkshakes instead of cake, but we didn’t want to have to bother with coolers. Soft-serve machines were a great solution because the ice cream stayed nice and cold. They were only a few hundred dollars to rent, and the ice cream mix was cheap. 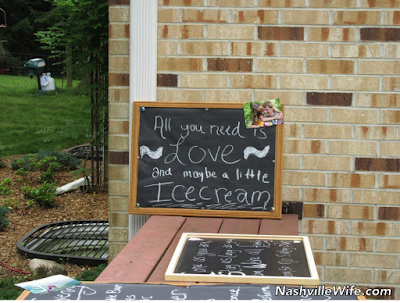 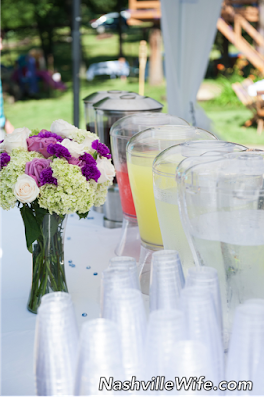 We also had a canoe (borrowed from a friend) filled with ice, water bottles, soda cans, and containers of sparkling juice. (We found that idea on Pinterest, of course.) 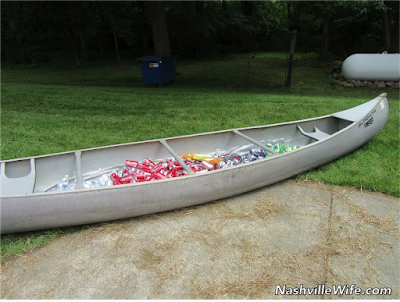 We kept the food under a tent that was purchased for our wedding and future family get-togethers. It was used three additional times this summer, so I would say it was worth the money 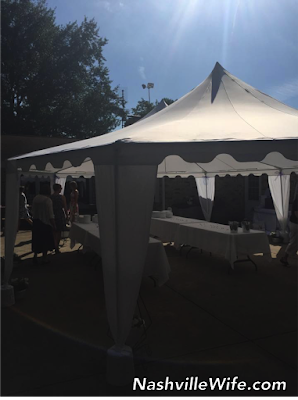