In January, I told you that we were about to finish the show Downton Abbey. We had really gotten into the characters and the plot and watched the last episode with heavy hearts. We had my brother-in-law over to see the Downton Abbey movie, and it was wonderful. For some reason, I had heard that it was a disappointment, but all three of us really enjoyed it.

Mr. Handsome and I are not big TV watchers, but we do enjoy sitting down together for a short show before bed. Not every night, but more often than not. At the recommendation of a blog reader, we started the series Madam Secretary on Netflix. We are only in the second season, but we are already hooked.

The main character, Elizabeth McCord, is a former CIA analyst who is appointed to the position of United States secretary of state. She is a phenomenal actor and plays the role well. The series is a political drama, with just the right amount of comic relief. The plot shows a combination of work life and family life, as Elizabeth tries to put her best foot forward as a high-profile politician, while fighting to prioritize her husband and three children.

Madam Secretary is rated TV-PG, and while it’s not a series that younger children would be interested in, it is appropriate for older teens, with parental guidance. The language is extremely mild, which is something that both Mr. Handsome and I appreciate greatly. The series premiered on CBS in 2014, with the final episode airing in December 2019.

Have you seen Madam Secretary? 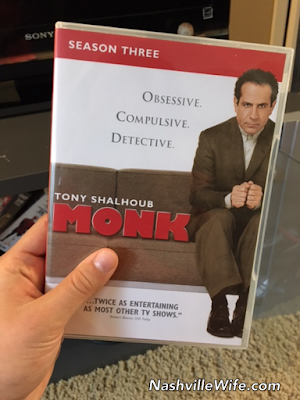 Several readers have asked what our date nights look like. Since we don’t yet have children, we treat every night as a date night.

Unless we have Bible study or another commitment, we usually spend our evenings relaxing together. After enjoying a home-cooked dinner, we either practice music, play board games, read, or watch a TV show on Netflix.

On special nights, we might make hand-mixed milkshakes, which are one of Mr. Handsome’s favorite desserts, or a batch of healthy microwave popcorn (click here for the recipe).

Do you have a favorite restaurant? Or maybe some date night ideas to share?