I have one last round of pictures from our West Coast road trip to share with you all. Here are the links to my past posts, in case you missed them:Multnomah Falls
My brother’s seaside wedding
Driving the Oregon Coast
Visiting the Redwoods

After spending the night in Fort Bragg, California, we stopped by the famous Glass Beach before continuing on our way. During the first half of the 20th century, the area was used as a garbage dump. Today, all that is left of the dump are millions of smooth pieces of glass that have washed up on shore. 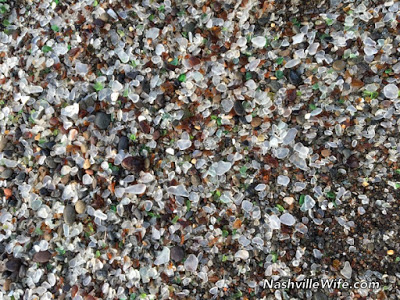 We stopped for lunch at Ocean Cove Lodge in Jenner, California, where we enjoyed a beautiful view of the ocean. 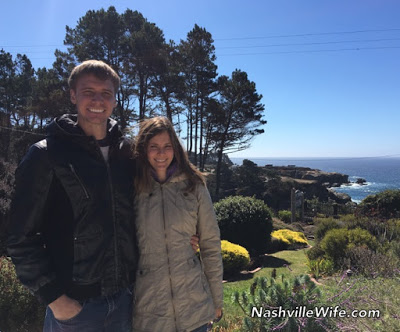 Then we continued driving down the California Coast to San Francisco! The road was quite harrowing, especially the spots where there was nothing keeping our car from toppling down the cliff to the ocean more than 100 feet below. 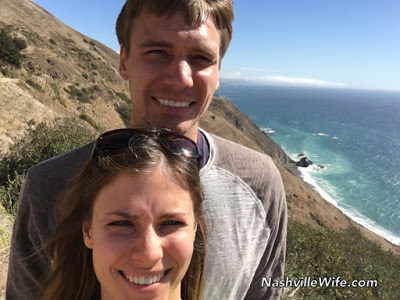 We had dinner on the bay at Guaymas, a Mexican restaurant in Belvedere Tiburon. 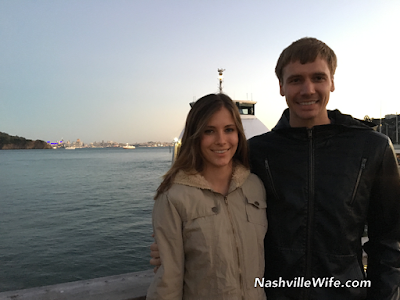 Later that evening, we drove across the Golden Gate Bridge for a few hours of sightseeing. Fort Point is one of the best spots to photograph the bridge. 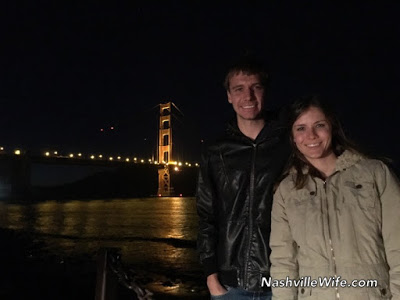 We are avid fans of the TV series Monk, so we stopped by the street corner that is shown in the opening credits (Montgomery Street and Green Street). It also happens to have an iconic view of the skyline, which is why many commercials and TV shows have been filmed there over the years. 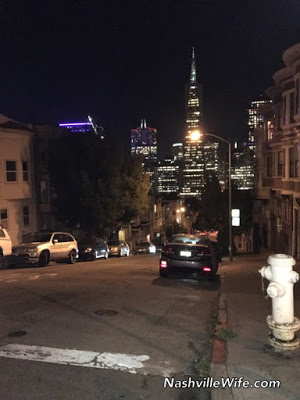 Before heading to our hotel, we stopped by Ghirardelli Square to pick up some milkshakes and chocolates. (Is your mouth watering? Mine sure is!) 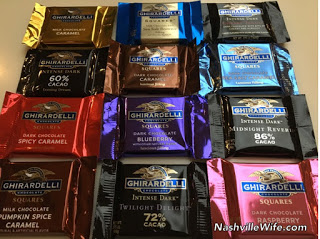 Do any of you live in San Francisco? If you do, your leg muscles must be made of steel! The hills were beautiful, but boy were they steep. I was amazed to see so many townhouses with garages built on the hills. 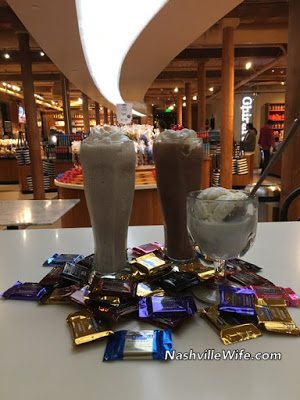 The next morning, we drove Mr. Handsome’s family to Oakland Airport and then spent two hours sitting in traffic on the Oakland Bay Bridge. Before returning to the airport to catch our own flight at 1:00pm, we did a quick tour of the SS Jeremiah O’Brien, a WWII cargo ship, at Fisherman’s Wharf.

Our goal was to take a double-decker bus tour of the city, but the heavy traffic caused us to miss it. If you’re planning a vacation in San Francisco, be sure to ride the historic trolleys (schedules and maps can be found online). I grew up watching the show Full House and was eager to see the Painted Ladies (a block of Victorian row houses), but we will have to save that for our next trip.

We did stop at In-N-Out Burger (any fans?) It was greasy, but oh so delicious! Overall, we had a great trip. 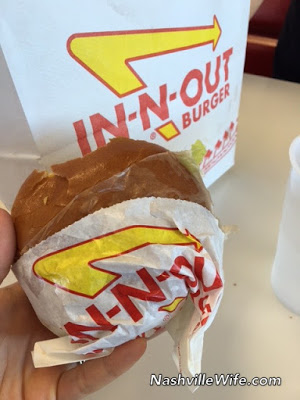