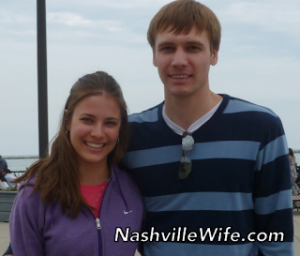 Within a couple days of releasing my “Ask Ellie” post back in early November, I received dozens of questions, suggestions, and feedback from readers. I promise that I read through every single comment and that I am using them to plan my posts. One reader asked: What did you and Mr. handsome do on your first date, and how long after you started dating did he propose?
Mr. Handsome and I started our relationship in April 2013. After we had been getting to know each other at family functions for several months, he received my dad’s permission to invite me on a date and ask me to be his girlfriend.
On our first date, we attended an MLB (major league baseball) game near the town where my husband was enrolled in dental school. He and his family are huge MLB fans, and they go to games whenever they can. The date went very well, and although I didn’t quite understand the game, I had a blast with Mr. Handsome. When it was over, he asked me if I would like to be his girlfriend, and I said yes!
Mr. Handsome proposed in March 2015, which was 23 months after we started our “dating courtship,” and we tied the knot in June. For more on our relationship, take a look at my “How I Met My Husband” post.

Many of you know that in addition to my Nashville Wife blog, I coauthor blogs about the Duggar and Bates families. Several readers have asked how I became involved in that, so I figured it was time to tell the story. Enjoy!

Eleven years ago, a friend of mine told me about a documentary she had seen advertised on Discovery Health called 14 Children and Pregnant Again. She invited me over to watch it, and we were both so encouraged by the Duggar family that we watched all six specials that aired over the course of the following three years and began tuning in for the Duggars’ weekly reality TV series that premiered in 2008.

During the summer of 2009, when blogging was starting to grow in popularity, my mom (Lily) and I coauthored a food blog called Cool Summer Treats. In December of that year, I decided to start a blog about the Duggars. 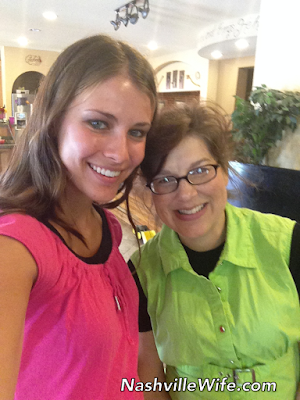 At that point, there was very little information about their family available on the internet, so my goal was to create a central location where those interested in them could find details about their show, speaking engagements, and media appearances. My mom came alongside me to provide counsel and encouragement as I embarked on this endeavor. The two of us grew closer together as we brainstormed ways to build and promote our corner of the web.

As a result of the blog, we developed a relationship with the Duggar family and were called on by a radio show host to interview members of the family on the air. Our first face-to-face encounter with the Duggars was at a political event. Since then, we have visited their family on multiple occasions and were blessed to be invited to both Jill and Jessa’s weddings.

It was through the Duggars that we met the Bates family and asked their blessing to start a blog about their show, which premiered in January of this year.

When I announced my engagement to our readers in March, many requested that I start a personal blog, and that’s how Nashville Wife came about. 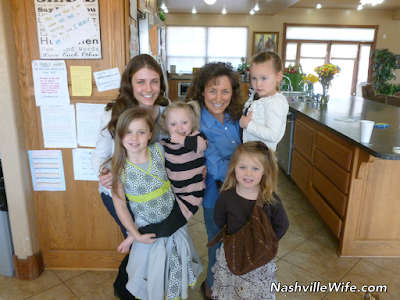 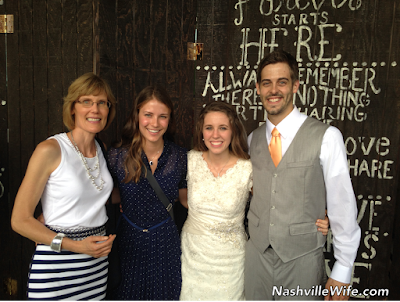 Lily and Ellie with Jill and Derick Dillard 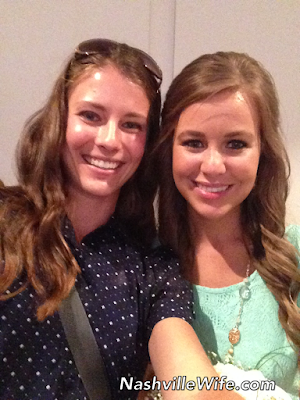 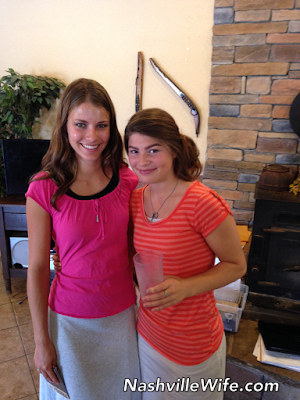 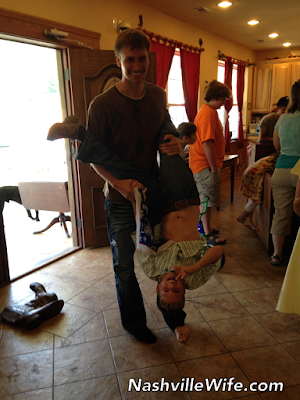 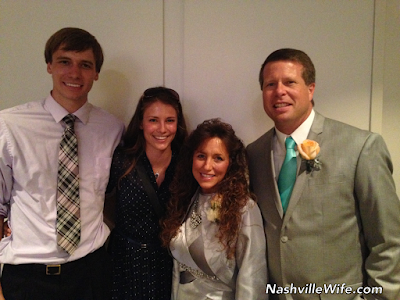 Mr. Handsome and Ellie with Jim Bob and Michelle Duggar 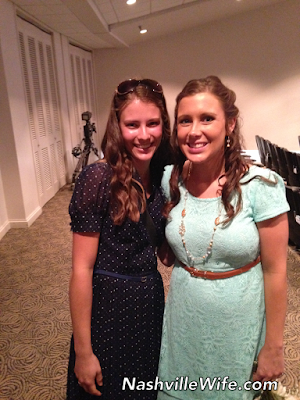 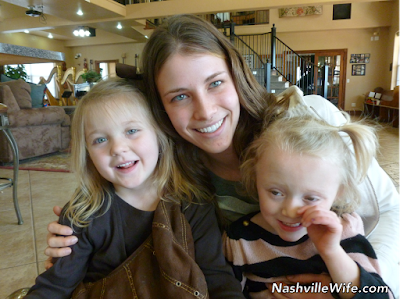 Ellie with Jordyn and Josie Duggar 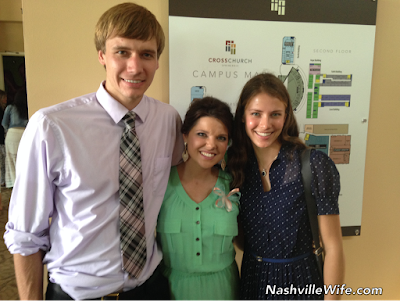 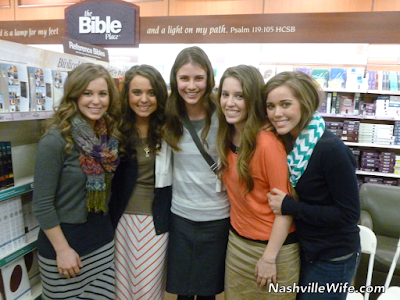 Ellie with Jana Duggar, Jinger Duggar, Jill Duggar, and Jessa Duggar
A number of readers have asked that I share more photos from our wedding day. Here are a few of my favorites. The first one was taken as Mr. Handsome and I walked out of the church after the ceremony, and the last two are from a photo shoot we did with our photographer at a local park. 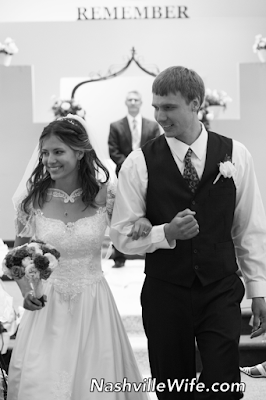 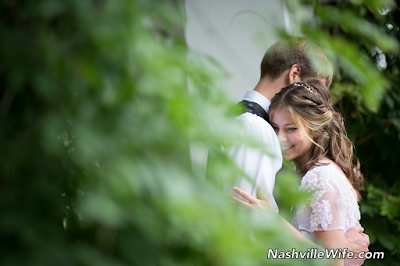 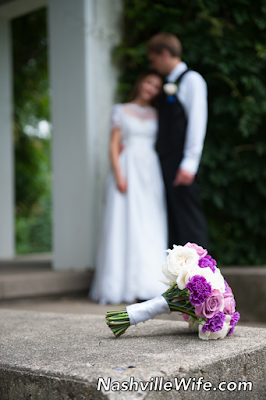 Several readers have asked how Mr. handsome and I met, so I wrote up the story for you all. Enjoy!
During college, I lived with a group of Christian girls in a house owned by a local church. While living there, I became friends with Anne, Mr. Handsome’s sister. She started inviting me to spend time with her fa 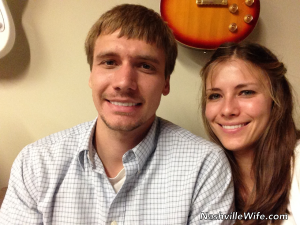 mily because they lived only 20 minutes away, while mine lived 2 hours away.
On one particular evening, Anne convinced me to come to her house for a birthday celebration and mentioned that her oldest brother would be visiting from dental school. Mr. Handsome and I didn’t talk much that night, but I remember taking note of how thrilled his family was to see him. His little sisters laughed and smiled as he grabbed them and flipped them upside down. This was definitely a guy everyone loved, and he was good-looking, too.
During the six months that followed, I saw Mr. Handsome a handful of times at family gatherings. He would always make a point of sitting next to me and striking up a conversation. He was easy to talk to, and we seemed to have a lot in common.
As we spent more time getting to know each other, I began to realize that God had been setting the stage for a relationship between the two of us. Seven months after we met, Mr. Handsome, with my dad’s permission, asked me if I wanted to pursue a relationship. I said yes!
We lived two hours apart for the entirety of our 23-month dating courtship, but we still managed to spend a significant amount of time together. When Mr. Handsome and I weren’t together, we communicated via phone conversations and texting. In addition to being handsome, this guy had all the attributes I wanted in a husband. Most importantly, he loved God, and he loved me.In March 2015, Mr. Handsome orchestrated a more romantic proposal than I had ever dreamed was possible. He used his extreme last-minute planning skills to get me down to Florida without
suspecting anything, and he surprised me on St. Petersburg Beach. (He also managed to get both sets of our parents there.)
Mr. Handsome led me over to a private spot on the beach and read Proverbs 31. “I have been looking for a Proverbs 31 wife all my life, and I have found her,” he said. “Will you marry me?”
We have been married almost two months, and I am blessed beyond measure to be serving God with the man of my dreams by my side.
Our photographer is still editing, but she sent us a preview of our wedding photos. I know you all are eager to see pictures, so here it is. More coming soon! 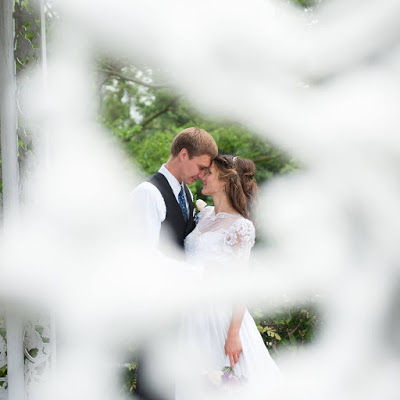