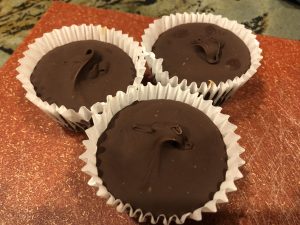 Raise your hand if you like Reese’s Peanut Butter Cups. I sure do! As far as I’m concerned, peanut butter and chocolate is one of the most perfect food combinations. When I was growing up, my dad often made homemade peanut butter cups with us. We always made some with white chocolate, some with semisweet, and some with milk. A few weeks ago, while I was still recovering from the birth, I decided that Mr. Handsome and I needed a treat, so I whipped up a batch, using semisweet chocolate chips. They were delicious, as expected. Here’s the recipe: 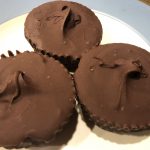 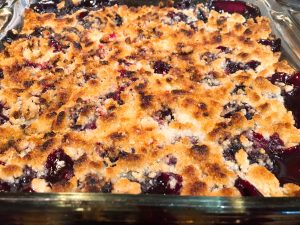 A couple weeks ago, Mr. Handsome and I picked some blackberries, so I came up with a recipe and made a crisp. We took the finished product to our Bible study, and everyone loved it. We served it with vanilla ice cream….

END_OF_DOCUMENT_TOKEN_TO_BE_REPLACED 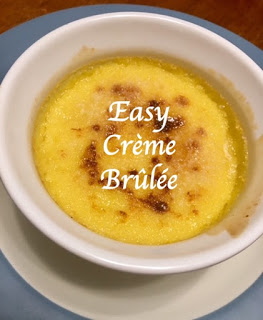 On Valentine’s Day, I asked Mr. Handsome what he wanted for dessert, and he replied, “I’m always up for crème brûlée, but I’ve heard it’s hard to make.” I loved the idea but had also heard the same thing.

Hoping to prove them wrong, I Googled “easy crème brûlée recipes” and found a few that used instant pudding mix…yuck. After spending a little more time on the internet, I discovered that the ingredients in crème brûlée are very simple, and although the process requires the chef’s full attention, it doesn’t actually take that much time. I didn’t have a kitchen torch, but I learned that I could use my oven’s broiler setting.

Now I usually don’t copy other bloggers’ recipes, but I found the perfect, easy crème brûlée recipe. I have made it twice and have received rave reviews from Mr. Handsome and several guests, so rather than reinvent the wheel, I’ll just share the link. There’s a video, but I honestly didn’t watch it. The written recipe has plenty of detail.

I will say that in step seven, when you’re using your broiler setting to create a caramelized crust, turn the oven light on, and position the baking dish in the middle of the oven so you can keep an eye on your dessert through the window. Don’t just setting the timer for 3 minutes and walking away. Sit there and watch it the entire time.

The first time I made it, my crème brûlée burned after only 2 minutes (it was sitting on the second-from-the-top rack, which I don’t recommend). If that happens to you, just grab a fork and lightly lift the top layer off each crème brûlée, and voila…good as new! Then you can repeat the sugaring step and try again. Mine only took 1-2 minutes.

Also, I don’t recommend looking at the nutrition facts below the recipe. Crème brûlée is by no means healthy, but a little treat now and then never hurt anybody.