Last month, I shared photos from our trip to Cades Cove, a historic settlement nestled in the beautiful Smoky Mountains. I also posted pictures of the vibrant fall colors that we came across on our trip. Below is the last batch of snapshots from our journey through Cades Cove.In one particular part of Cades Cove, we came across some especially unique buildings. The first was a barn with a space in the middle. The idea was that two workers could pull a wagon in and easily throw hay up into the lofts. 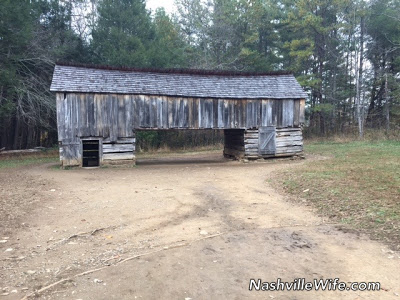 The second was a cantilever barn, which has an overhang on one side for animals and equipment storage. 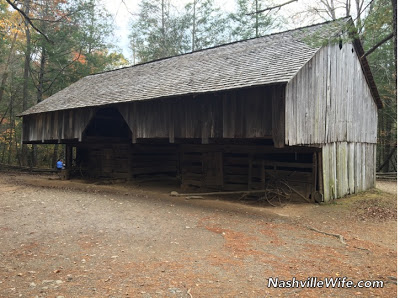 Nearby was a grist mill (a mill used to grind grain) that was built around 1870 by John Cable. 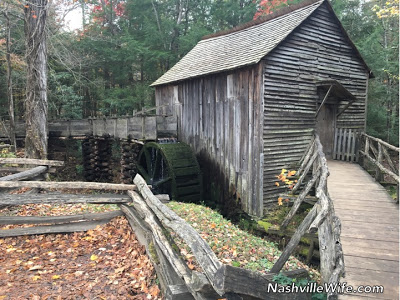 Then there was the Gregg-Cable House (circa 1879), the first frame house built in the Cove. At that time, the sawmill was brand new, which was a big deal for the residents of Cades Cove, who had not previously had access to lumber. 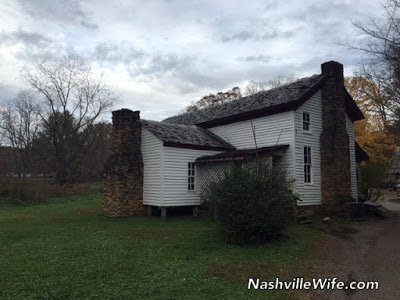 By this point, we were most of the way through Cades Cove. On our way out, we made two last stops. The first was the Dan Lawson Place, built in 1856. The house has a rare feature for Cades Cove–a brick chimney, constructed using bricks that were made on-site as the house was being built. 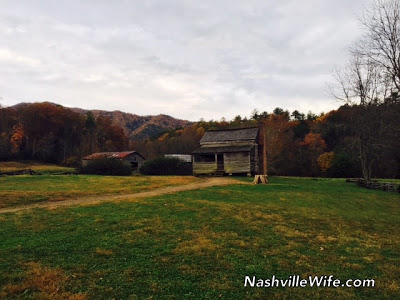 At that time, it was not uncommon for families to have multiple outbuildings, such as a smokehouse, a woodshed, a granary (for storing grain), a corn crib (for storing corn), and, of course, a barn. 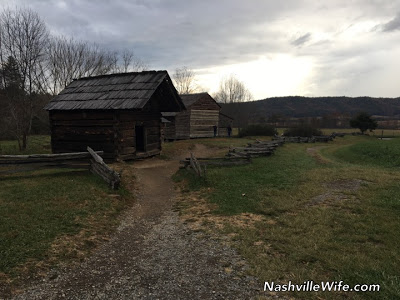 Our last stop was the Tipton Place, built in the early 1870s. The owner was a colonel in the Mexican-American War, and the original inhabitants were his daughters, who were teachers in Cades Cove. 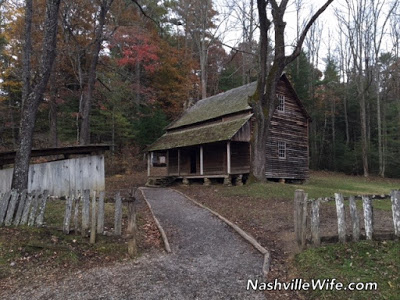