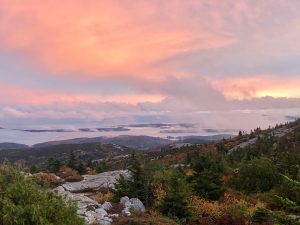 Have you ever visited Acadia National Park along the Maine Coast? Last fall, after exploring Boston and the upper and lower sections of Old Quebec City and before doing our Maine lighthouse tour, Mr. Handsome and I made a quick stop at Acadia National Park. We arrived just as the sun was beginning to set.

We were concerned that it might be too late to drive up to the top of Cadillac Mountain, but there were still a decent amount of tourists headed for the narrow mountain road, so we decided to take the chance. It was 40 degrees and windy, and the weather only felt colder on the mountain. We stopped at a couple quick lookout points before reaching the top. 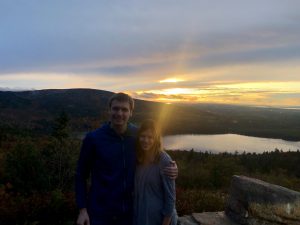 When we arrived at the peak and walked out to the iconic photo spot, we were blown away (figuratively and almost literally). The view was absolutely spectacular, and the lighting was just perfect. 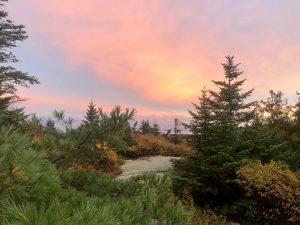