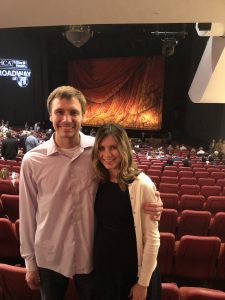 you familiar with The Phantom of the Opera?

This year, I had no idea what to get Mr. Handsome for his birthday, but I wanted it to be special. I keep a list on my phone of gift ideas for him and other family members, and I had quite a few ideas for small presents in the $10-$15 range but nothing amazing.

For a while now, he has been wanting to see the live Broadway production of The Phantom of the Opera. He saw it (both live and in theaters) as a teenager and loved the music, but it’s been a while. His two youngest sisters went this spring while they were in New York City for a choir trip, and they have been talking about it ever since.
…

END_OF_DOCUMENT_TOKEN_TO_BE_REPLACED

Although Mr. Handsome and I live in Music City (aka Nashville, Tennessee), we don’t go to as many musical performances as you might expect. When we moved here, we assumed that the big name artists would play concerts in Nashville multiple times per year, but we have found that that is not the case.

The major bands stop in Nashville once during each of their tours, but aside from that, our city doesn’t usually see more of these performers than any other large city in the United States. Now, on any night of the week, you can walk down Broadway and hear at least a
dozen cover bands performing live shows at the many bars, but that
isn’t our
cup of tea.

A few months ago, we checked the Nashville city calendar and selected two concerts in February that we wanted to see.

The first was Winter Jam, an annual tour that features more than a dozen top contemporary Christian artists, as well as a few speakers. This year, the tour included Crowder, Tenth Avenue North, Britt Nicole, Newsong, Sadie Robertson, and several others. A handful of artists who have performed in past years and live in town also came out on stage to say hello, which was neat.

The show was five hours long and showcased a wide variety of music, with an admission price of only $10. We had the privilege of sitting behind the stage in a section with very few others, giving us a birds-eye view of everything that went on backstage.

The second concert was a performance by a bluegrass band that took place at a restaurant–a much smaller venue. 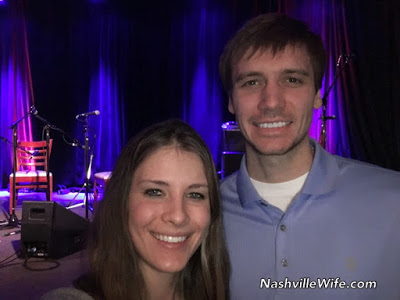 Mr. Handsome grew up listening to bluegrass music, and once he had
become proficient in classical violin and piano, he started learning
fiddle, guitar, and banjo, as you’ve seen him demonstrate in some of the video clips I
have posted. Needless to say, he is a big fan of bluegrass music, and while I don’t always care for the words, the lightening-fast instrumentals are impressive. 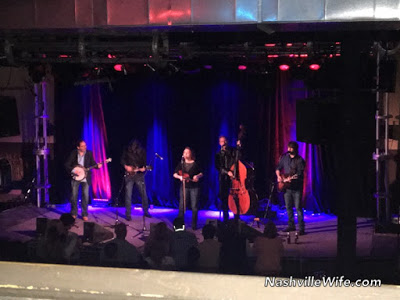