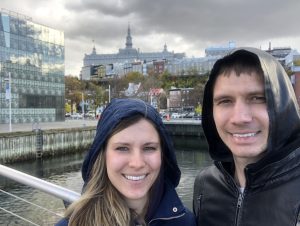 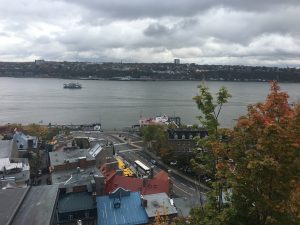 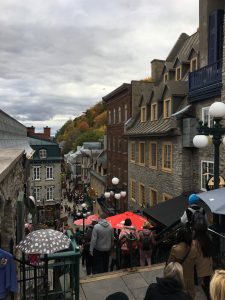 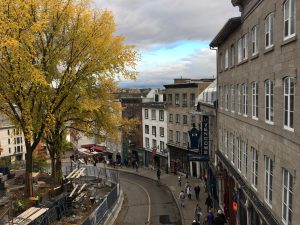 My favorite part of Lower Town was Place Royale, a beautiful square that sits next to the church Notre-Dame-des-Victoires. Place Royale has been named the “birthplace of French America.” It was Quebec City’s commercial epicenter from the time the city was founded through the mid-1800s. 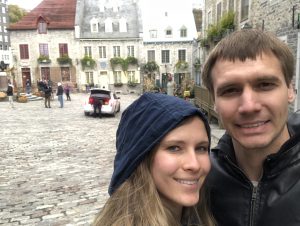 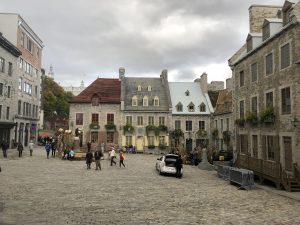 The church, pictured below, dates back to 1688 and is the oldest in North America, although it has undergone multiple restorations. The name was chosen after Quebec City survived the Battle of Quebec in 1690. 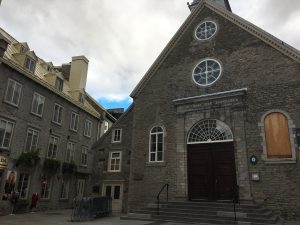 Nearby, we came across a quaint street that provided a view of the Fairmont Le Chateau Frontenac. The colored umbrellas hanging between two buildings created the perfect photo op. 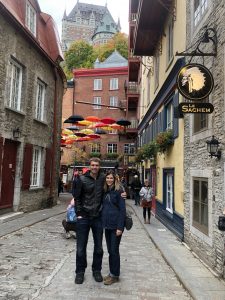 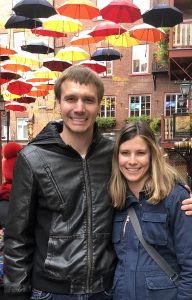 The umbrellas hang just outside the Pape-Georges, a tavern housed in an almost-400-year-old building. 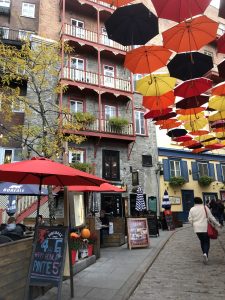 Access between Lower Town and Upper Town is by stairs, a narrow roadway, or the funicular (funiculaire in French). The funicular opened in 1879 and was powered by steam engine until 1907, when electricity was installed. In Lower Town, it runs out of the Louis Jolliet House–built in 1683 for Louis Jolliet, the European who discovered the Mississippi River. Photos of the house and funicular are shown below. 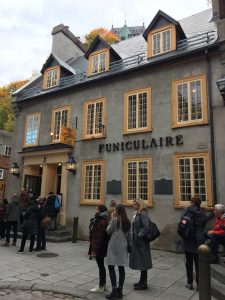 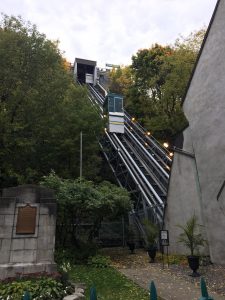 Before I go, I can’t resist sharing these snapshots that I took from the Pierre-Dugua-De-Mons Terrace, a hill in Upper Town that provides a stunning view of the Fairmont hotel, Lower Town, and the St. Lawrence River. Our day in Quebec City was superb. 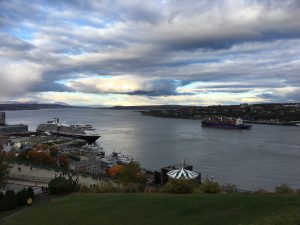 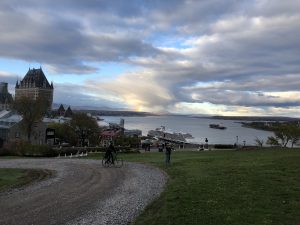