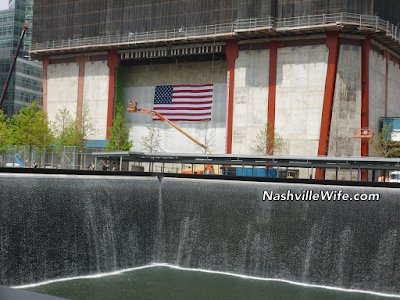 Four years ago, my parents and I visited New York City. Our trip only lasted two days, but we made use of every minute we had in The Big Apple. 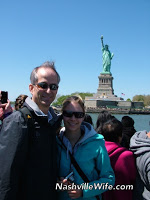 On the first day, we strolled through Central Park and Grand Central Terminal, ate lunch at the Plaza Hotel, enjoyed a delicious dessert at Georgetown Cupcake, took a ferry to Ellis Island and the Statue of Liberty,  rode the subway to Hoboken for more treats at Carlo’s Bake Shop, and absorbed the magic of Time Square at night. Over a 12-hour period, we walked all the way from 86th Ave on the Upper East Side to the southern tip of Lower Manhattan. 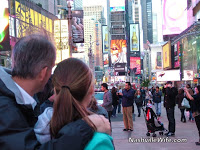 The next morning at 5am, we braved the rain to be in the background of NBC’s TODAY Show in Rockefeller Plaza and had a quick chat with anchor Ann Curry. Then we power-walked over to ABC Studios to catch the end of Good Morning America, where we came face-to-face with country music star Carrie Underwood.

Two hours before heading to the airport to catch our flight home, we visited one final attraction, the September 11 Memorial at Ground Zero. Although the museum was still under construction, simply standing on the grounds of the World Trade Center was a humbling experience. We passed by the Survivor Tree and peered over the railings of the reflecting pools, which were built within the footprint of the Twin Towers. 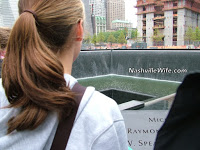 May we never forget the 3,000 men and women who lost their lives during the terror attacks of 9/11 and those who risked their lives to bring thousands more to safety.

What are your memories of September 11, 2001? For those of us who were old enough to remember, the footage of the airplanes flying into the Twin Towers will forever be ingrained in our minds. We must always pay tribute to that day, for as Winston Churchill once said, “Those who fail to learn from history are doomed to repeat it.”