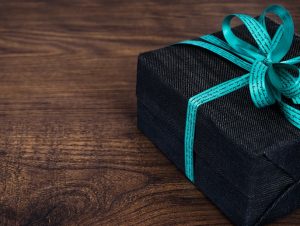 Two days ago, I wrote a post about the gift that Mr. Handsome surprised me with last week. If you missed that post, be sure to go back and read it before continuing.

When I left off, I had returned home and seen something very large in our house that had not been there before.

“Did you buy me a treadmill?” I asked Mr. Handsome, in shock.

“A what?” he responded, as if he had no clue what I was talking about.

“A treadmill,” I repeated.

“That’s really weird,” he replied, still trying to sound confused. “Little Buddy and I went outside to swing for a few minutes while you were gone, and I guess someone must have snuck in and left it.”

Now I know what you’re thinking. What kind of husband buys his wife a treadmill? But don’t worry, this wasn’t Mr. Handsome’s way of telling me that I need to lose a few pounds. I had wanted a treadmill for the past year because I really enjoy exercising, and I like having options, especially in the winter when the weather is blah and going outside is not feasible. (Let’s be honest, going to the gym with a baby isn’t an option.) But treadmills are expensive, and we had both agreed that we should wait a while before making such a big purchase. So you can imagine how taken aback I was when I came home to find a treadmill in our house.

For a few days, Mr. Handsome continued to pretend that he had no idea where the treadmill came from. I didn’t mind not knowing, but I knew that someone had delivered it because our vehicles are too small, and I felt like I should thank that person. So we worked out a deal. I would bake Mr. Handsome a blueberry pie (one of his favorite desserts) and he would tell me the story behind the treadmill. I finished the pie late in the evening and actually forgot to ask him about the treadmill, until he reminded me the next day.

He and one of his coworkers had been talking about gift ideas for spouses, and Mr. Handsome had mentioned that he wanted to get me a treadmill at some point. Well, it turned out that one of his coworkers had a treadmill in her closet that she was looking to get rid of. Her husband wanted it gone so badly that he even offered to deliver it. They didn’t want to take money for it, but Mr. Handsome wanted to give them something, so they suggested $40. I could hardly believe it! Some people might say that a low price for a big item diminishes the value of the gift, but I’m a sucker for a good deal.

It turns out that the massage was just a way to get me out of the house so they could deliver the treadmill. Both surprises together were probably the most thoughtful thing that anyone has ever done for me (aside from the elaborate beach engagement that Mr. Handsome planned four-and-a-half years ago). It’s not about the amount of money spent–it’s about the amount of time and thought that a person puts into something simply because they know how happy it will make you.

What was the most thoughtful gift (whether or not it was a surprise) that you have ever received?