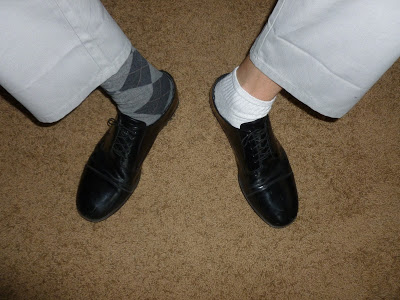 We just celebrated our three-month wedding anniversary. The best part of marriage has definitely been having the privilege of spending life with my best friend. The relationship between my husband and I has given me a clearer picture of the relationship that Christ desires to have with His church (see Ephesians 5:21-33).

If you were to ask my husband what his favorite part of marriage is, he would agree. But he would give a close second to having clean, matching socks in his dresser.

When we returned from our honeymoon, I spent a good chunk of time finding matches to Mr. Handsome’s many socks. As a single guy, he rarely took the time to do that. While getting dressed every morning, he would root through his dresser to find two socks that looked as similar as possible.

He was usually able to find two that were at least the same color and same general style, but on some days, attempting to find a match was a lost cause.

Mr. Handsome says his mornings have been a lot smoother now that he has someone to help him keep his socks in order.