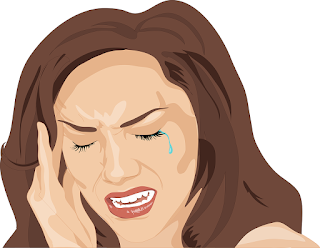 This post goes out to fellow migraine sufferers. As someone who has experienced regular migraines for her entire adult life, I feel your pain.

My migraines started 10 years ago, and although the headache itself isn’t always severe enough to put me in bed for hours, my migraines are always accompanied by an aura–visual abnormalities and blind spots that last for about an hour–as well as nausea.

When I first started having migraines, I visited a neurologist and, at her suggestion, began taking a fish oil capsule and 400mg of magnesium glycinate daily. My migraines never went away, but at their worst, they only came every couple months, so I never bothered seeking further treatment.

Four months ago, however, I was hit hard. Out of nowhere, I suddenly began having migraines a couple times per week. It was terrible. I considered making a doctors appointment, but I decided to try a few things on my own first.

I had read online that migraine sufferers are often deficient in vitamin B2 (riboflavin). Since B2 supplements are relatively cheap, I bought a bottle and began taking 200mg twice daily. Within a couple weeks, my migraines had completely stopped, and I haven’t had one since. For what it’s worth, I also take a women’s multivitamin and a vitamin D3 capsule each day.

For those of you who suffer from migraines or know someone who does, I would love to hear if you have any remedies to share.

*These suggestions are based on my own experiences and should not be considered medical advice.