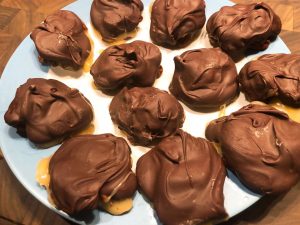 Have you ever had a chocolate turtle? If not, you’re in for a real treat. Mr. Handsome came home from work the other day and told me that someone had brought in homemade turtles to the office. The only problem was that there weren’t enough for everyone. He thought he would wait until the end of the day to eat one, to reward himself for working hard, but he walked into the office kitchen to find an empty plate.

Naturally, I took pity on poor Mr. Handsome and decided to make him his very own batch of homemade turtles. And since they turned out so well, I made extras for his coworkers. They were a huge hit. 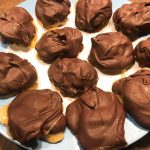