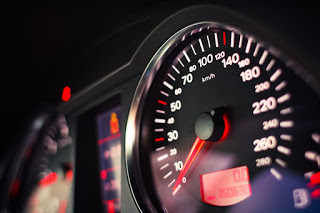 What are your thoughts on Daylight Saving Time? “Falling back” in fall isn’t usually too difficult, but “springing forward” in spring can be tough.

Last Sunday, Mr. Handsome and I had a pre-service function at church at 8:30am, which meant hopping out of bed just after 7am (which felt like 6am). We rise early on the weekdays, but we enjoy sleeping in on the weekends, so that was a bit rough.

Despite losing an hour of sleep, the start of Daylight Saving Time always brings back sweet memories. Five years ago, before we were officially in a relationship, I traveled by train to visit Mr. Handsome and his family over spring break. He picked me up at the train station and took me to an indoor court to play tennis.

On the ride over there, I noticed that the clock in his car was still one hour behind. (It was about three weeks after the time change.) I asked him if he planned to change it, and he said that he had tried multiple times and hadn’t been able to figure it out. He held up a Walgreens coupon (one of those ‘$1 off your next purchase’ coupons that print out at the register) and told me I could have it if I figured out how to correct the time.

I’m always up for a challenge (and a free coupon), so I accepted the offer. It took me all of 30 seconds to complete the task. I think he was a tad bit embarrassed, but obviously not too bad because he ended up asking me to be his girlfriend two weeks later and asking me to be his wife 23 months after that.

Whenever the time changes, I retell the story. He usually rolls his eyes in response.