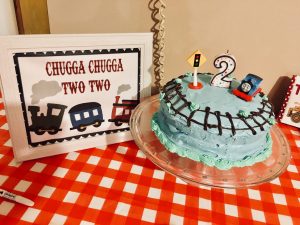 My sister-in-law Anne has been at it again. Her son is about to turn two years old, and she planned another extremely creative, themed children’s birthday party for family and close friends. We weren’t able to attend, but she sent photos, and I thought they were just too clever not to share. The theme was trucks and trains–“Choo-Choo I’m Two.” 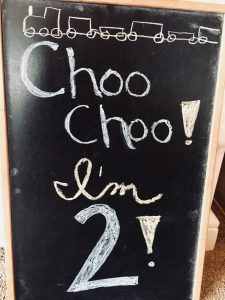 For every birthday, she uses a chalkboard to write down some of child’s favorite things and recent milestones. 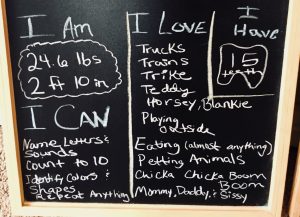 Table decorations were fairly simple for this party, since the birthday boy already has tons of trucks and trains. 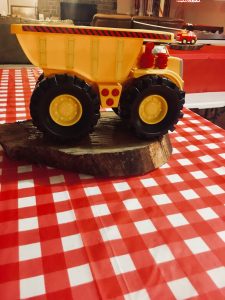 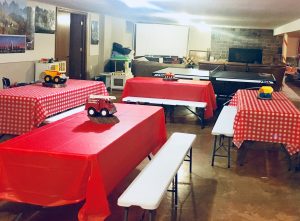 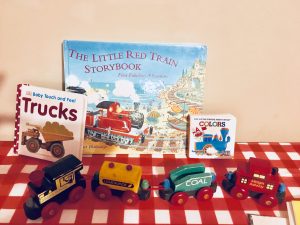 As a keepsake, guests signed their names and wrote notes and memories in a The Little Engine That Could book. 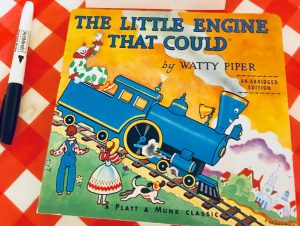 For snacks, Anne served fruit, veggies, and munchies in aluminum platters made to look like train cars, as well as stop light brownies. To drink, she had diesel oil (apple cider) and a “water tower.” 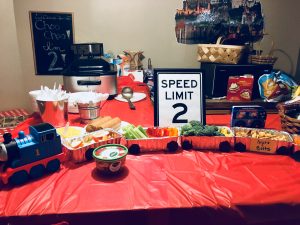 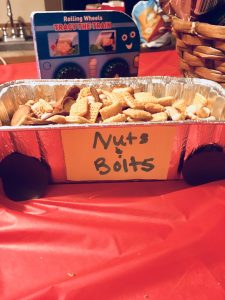 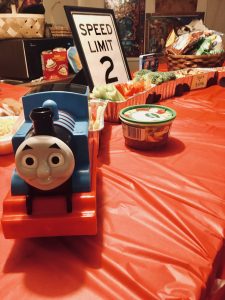 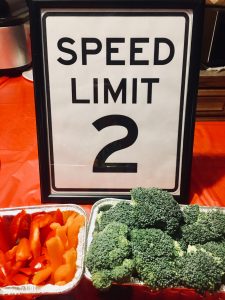 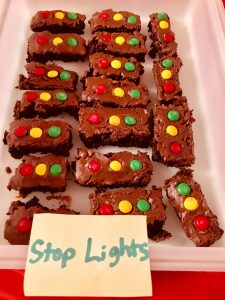 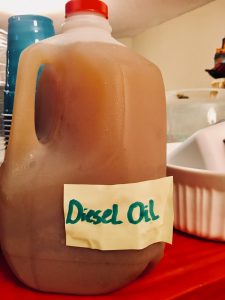 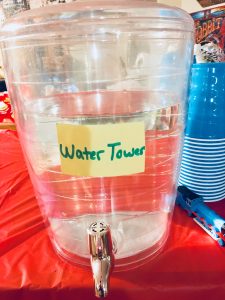 For those who aren’t familiar with Anne’s party planning prowess, below are links to photos from her past parties. I also just realized that I never posted pictures of the Little House on the Prairie party that she threw for my niece’s fourth birthday party.

Turning 3 Under the Sea

Turning 2 with Winnie The Pooh