Last week, I posted photos and stories from day one of our Canadian Rocky Mountain adventure. On the second day, we woke up early and drove out to Yoho National Park, located on the edge of Banff National Park.Our first stop was the Lower Spiral Tunnel Viewpoint, located in an area along the Trans-Canada Highway known as Kicking Horse Pass. Dr. James Hector, the surgeon who accompanied the expedition credited with discovering the pass, was kicked by a horse while the party was exploring the area, thus the name.

So what are the Spiral Tunnels? Well in 1884, the Canadian Pacific Railway built the segment of track known as the Big Hill. They were in a hurry to complete their route and crowd out competition from northwest U.S. railways, so they created a section with a 4.5% grade, which was very dangerous and resulted in frequent crashes. And during the construction of the track, an average of one crew member died each week. Imagine how secluded it would have felt working in the Rockies 130 years ago!

In 1909, engineers replaced the treacherous section with a new track that included two spiral tunnels to help trains keep their speed in check. 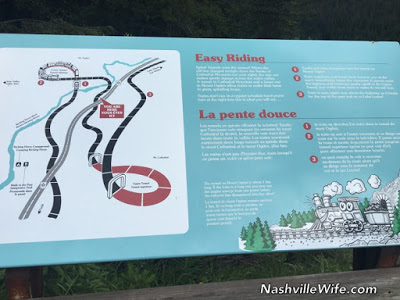 This is a terrible picture, but the orange circles show each opening of the lower spiral tunnel. When a train comes through, you can see the front of the train come out the exit while the back of the train is still going through the entrance. 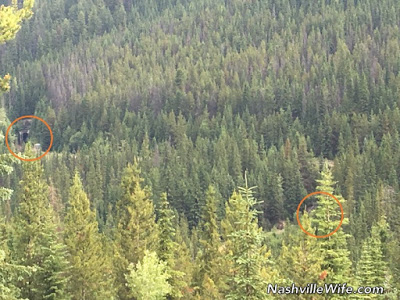 After our stop at the tunnel, we drove up the winding Yoho Valley Road (closed October through June for use as a cross-country ski route) to Takakkaw Falls. 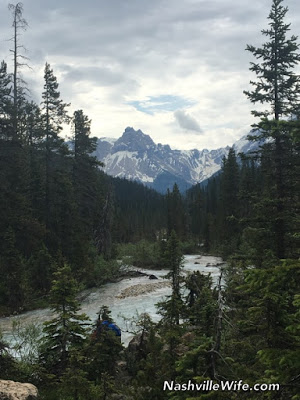 We walked up a short path to the base of the falls, taking pictures along the way. I attempted to be artistic and snap a photo of Mr. Handsome taking a photo. 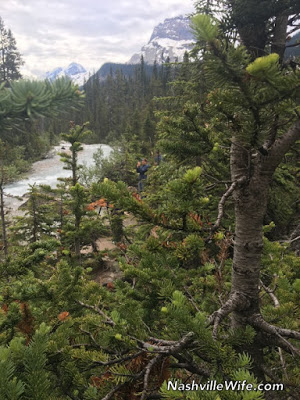 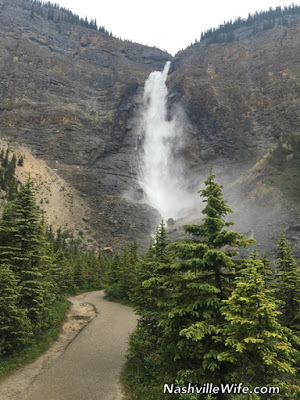 As we approached the falls, the air became noticeably colder, and we began to feel the spray. 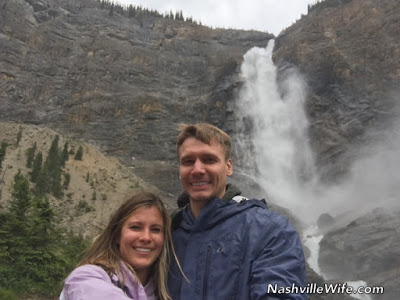 We ate a fancy picnic lunch (peanut butter and jelly, anyone?) in the parking lot and then decided to be wild and crazy and embark on a long hike along the iconic Iceline Trail. We grabbed water bottles, snacks, raincoats, and sweatshirts and headed out.

Mr. Handsome carried bear spray from our bed and breakfast hosts on his belt. The park rangers have had a lot of trouble with bears this year, and a man was attached–but thankfully escaped–by a grizzly while were were there.

The bear spray was nearly expired, so we tested it before starting the hike. Boy was it a powerful spray! I sprayed it into the woods and walked away, but my nose still burned a bit. Mr. Handsome, on the other hand, didn’t smell a thing.

The first hour of the trek was steep switchbacks up the side of the mountain. When we finally reached the treeline, we were relieved. Time for a photo with our $7 Amazon Selfie Stick! 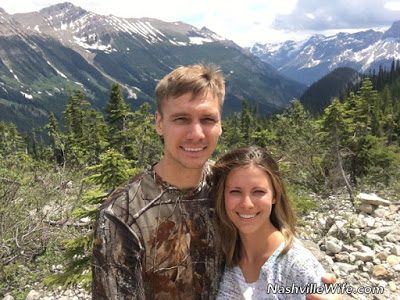 Every direction provided breathtaking views. There were even some wildflowers growing along the trail. 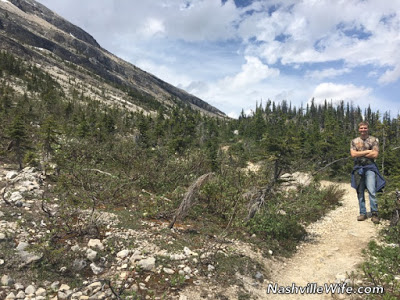 The next hour was switchbacks along a rocky path. We had to hop over some mountain streams that crossed the trail. The temperature, which had started out at 80F, began to drop to the high 60s, and we started seeing patches of snow. 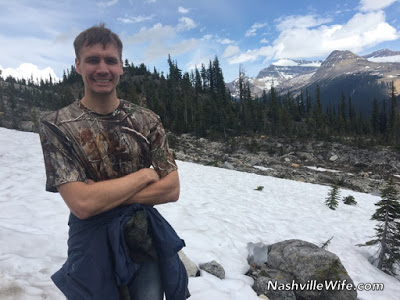 By that time, we had climbed higher than the Takakkaw waterfall, located across the valley. You can see it in this picture. 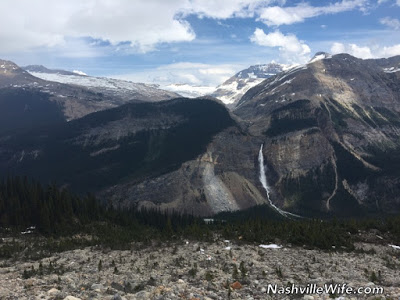 We were glad to have our raincoats when it started drizzling! 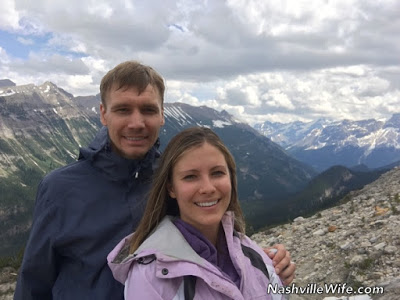 By the third hour, we were trudging through waist-deep snow. If we walked carefully, we could stay on top of it, but every once in a while, our feet sunk into deep holes, often with rocky streams below. The rain picked up a bit, and the temperature was around 55F, but we were still sweating, as we continued walking up a steep incline. 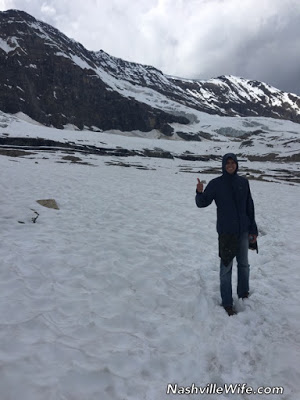 This picture is taken from the trail summit. By that point, we had gained 710 meters (2,330 feet). It sure felt good to look out over that huge expanse of snow and know that we had made it across. It may look like a small area, but to put it into perspective, the two little dots in the orange circle are people. 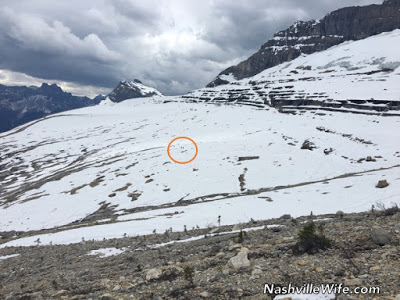 Mr. Handsome was brave enough to walk out to the peak. He successfully coaxed me out there, but I was too scared to pull out my phone and take a picture. 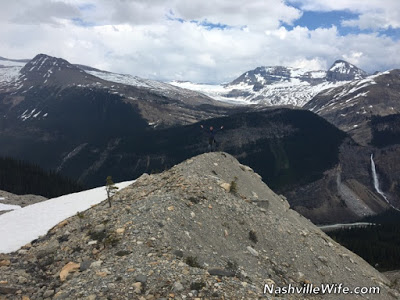 The scenery was just incredible, unlike anything that either of us had ever seen. We could have stayed up there for hours.

The trip back was even more treacherous, as we had to walk down the steep, snowy mountain. By that time, our shoes were soaked. The wind picked up, and it started pouring. We pressed on. As we reached the top of the treeline, we noticed that the ground was covered in hail. A hailstorm had gone through while we were at the summit! We were grateful to have missed it. 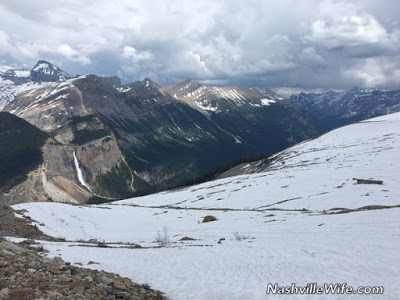 Here are couple videos that we filmed on day two: