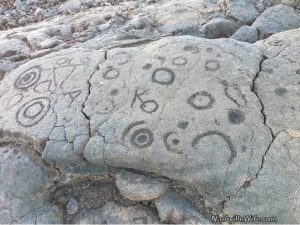 On our trip to Hawaii’s Big Island, we stayed in a vacation village called Waikoloa Beach Resort, located on the west side of the island, about 30 minutes north of the town of Kailua-Kona. Most tourists book hotels and condos on the west side because it has the best beaches and the driest weather. The east side is beautiful and worth a day trip or two, but Hilo is known as one of the wettest cities in the United States, and the rain can easily put a damper on vacation plans. 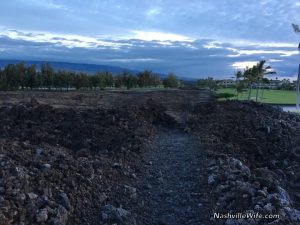 Waikoloa is located in the middle of a lava field, which covers a large part of the west side of the island. It is home to well over a dozen condo complexes and hotels, and the groundskeepers have done a wonderful job creating a lush, green oasis in the middle of such desolation. (Don’t get me wrong, the lava fields are beautiful and unique and are one of my favorite parts about the island, but places like Waikoloa tend to feel more tropical.) 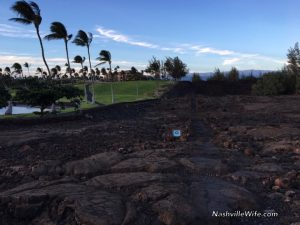 On the edge of Waikoloa is one of Hawaii’s largest collections of ancient rock carvings, called petroglyphs (meaning “rock pictures). 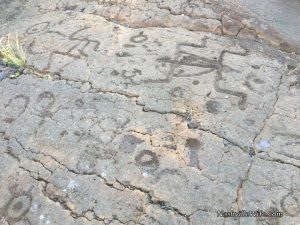 These carvings are from the 1400s-1800s. Located along the border between the ancient kingdoms of Kohala and Kona, they were likely made by people waiting for permission to cross the border or by armies from one kingdom poised to attack the other. 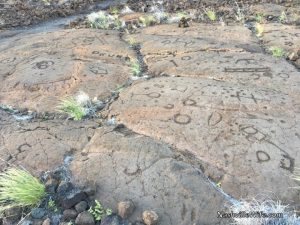 The signs along the trail are very informative. While the meanings of many of these carvings have been lost in time, historians believe them to tell important messages. To us, they look like stick figures, but petroglyphs were likely the only written language used by ancient Hawaiians.

The petroglyphs are located along the Kings’ Trail, a 32-mile trail built into the lava field in the mid-1800s (around the time that the most recent of the petroglyphs were created). The trail was constructed primarily for horse, mule, and donkey travel between two villages (Kailua and Puako). The laborers were Hawaiians who owed taxes to the king. 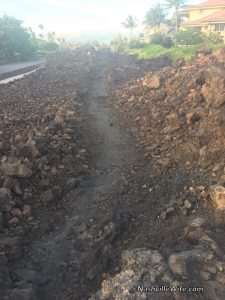 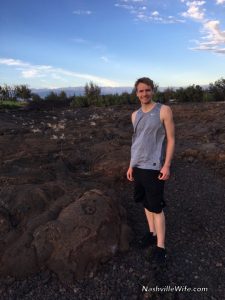 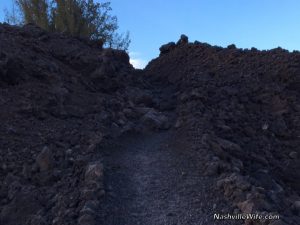 Some of the most recent petroglyphs are written in our alphabet. There were no signs explaining these, but if you look closely, you can see years dating them back to the mid-1800s. By that time, settlers from the west had arrived in Hawaii. 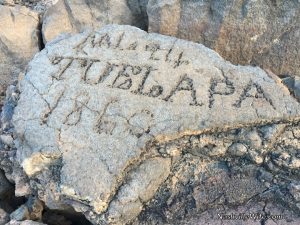 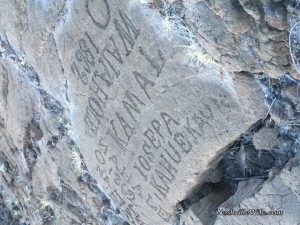 Last but not least are the natural caves that provided shelter for travelers. 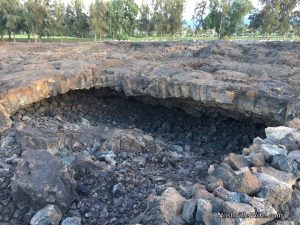 And a beautiful Hawaiian sunset over the petroglyph field! 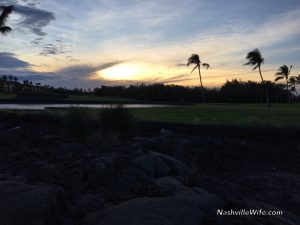